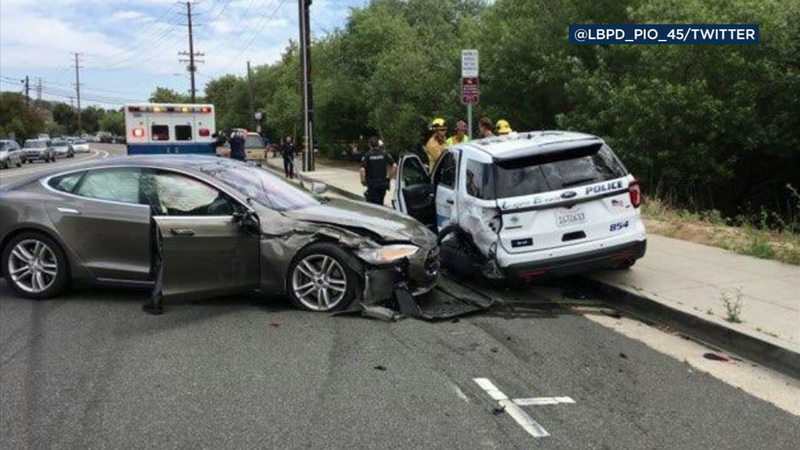 LOS ANGELES (KABC) -- Following a series of crashes involving Tesla cars on autopilot, two consumer advocacy groups are calling for an investigation into the company and its marketing practices.

Tesla cars have been involved in several high-profile accidents recently, including one in Laguna Beach Tuesday where a Tesla operating on autopilot slammed into a parked police vehicle.

No one was seriously hurt -- but in other Tesla crashes in Northern California, Florida and China at least three people have been killed.

The groups Center for Auto Safety and Consumer Watchdog say Tesla is billing its vehicles as autonomous -- when they clearly are not.

"These are preventable deaths," said Jamie Court of Consumer Watchdog. "And the gauge should not be whether robot cars kill less people than human drivers do. The gauge should be we shouldn't give robot cars license until we know they can drive."

They are calling on the California Department of Motor Vehicles to investigate what they call Tesla's deceptive autopilot marketing.

But Tesla has maintained that the autopilot feature is not designed to prevent all accidents, but it does increase safety and reduce the likelihood of crashes. It says autopilot should be used on highways with marked lanes and that drivers should still keep their hands on the wheel and maintain control of the vehicle.