According to crews, the car kept re-igniting due to heat from the battery.
KABC 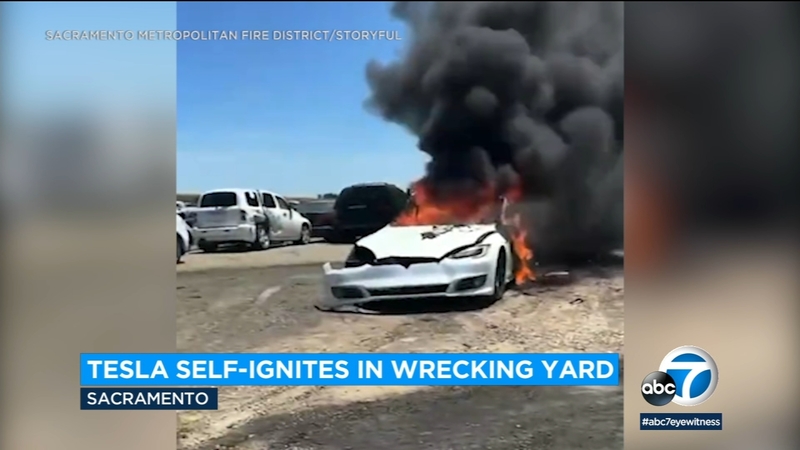 SACRAMENTO (KABC) -- Firefighters worked hard to put out a fire-engulfed Tesla vehicle that self-ignited in a Sacramento wrecking yard earlier this month.

The Sacramento Metropolitan Fire District said the vehicle had been involved in a wreck three weeks prior and had major damage.

According to crews, the car kept re-igniting due to heat from the battery.

"Working with the onsite wrecking yard personnel, the Tesla was moved on its side to gain access to the battery compartment underneath," said the fire district. "Even with direct penetration, the vehicle would still reignite due to the residual heat."

Authorities said firefighters and yard staff eventually dug a pit and filled it with water to stop the vehicle from igniting and catching fire.

Tesla recalled 129,960 vehicles this month to fix infotainment systems that may overheat before and during fast charging.