One stays, one goes as two-on-one date returns to 'The Bachelor'; who will Clayton pick? 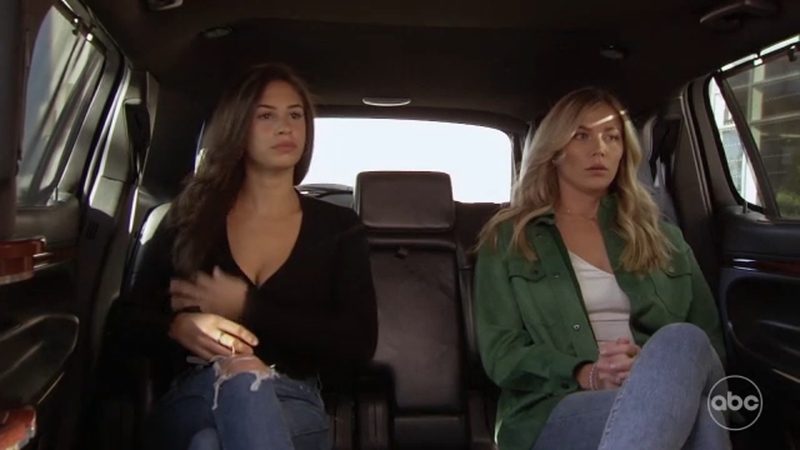 One stays, one goes as two-on-one date returns to 'The Bachelor'

NEW YORK -- This week, the dreaded two-on-one date makes its return as the situation with Shanae reaches a new level of frustration among the other women on "The Bachelor." But before we got to that Clayton had a one-on-one date with Serene.

Serene and Clayton met up at Pleasure Pier in Galveston, Texas. They went on some rides and just had a great time together. They played some games and of course, did some kissing! Serene said things felt "organic and natural." Clayton even made Serene a huge ice cream cone at the ice cream shop. Props to Serene for not throwing up on any of the rides. Clayton thought the date went about as perfect as it could possibly go, but he wants to make sure they can go deeper in their relationship.

Accurately describing our emotions so far this season: 🎢 pic.twitter.com/5pdGKalVIF

At dinner, Serene and Clayton talked about how they didn't talk about their feelings a lot growing up in their house. Clayton said that he feels like there's a wall up. Serene started to tear up and said she had a lot of loss in her family in the past couple of years. Her grandmother died 2.5 years ago and her cousin passed a year ago as well. She said her cousin had a struggle with drugs. So, she accepts the losses but she's still having a hard time moving forward from it all as her cousin was like the sister she never had. Serene said she was comfortable sharing all of that with Clayton because he has "kind eyes." With that, Clayton offered her the date rose! Serene said she feels like she's falling in love with him.

Cocktail Party
Clayton started off by asking if he could talk to the winning team from the group date. Sierra and the other women told Clayton how Shanae threw the winning trophy and basically bragged about taking time away from them. Lyndsey told Shanae that those other women were out there digging her grave. The other ladies urged her to apologize. Clayton told the group date women that he would talk to Shanae about her behavior and how she cursed and threw the trophy. So, he pulled her aside and told her it was unacceptable but for some reason, he didn't send her home. He let her apologize to the other women. A few of the women accepted her apology while the others sat there silently. Shanae went back to Clayton and told him that it went well and then they started kissing. In her interview Shanae said, "I'm not sorry hoes!" Yikes!

That meant Lyndsay, Jill, and Sierra were eliminated. Clayton announced that they would be taking their travels international to Toronto, Canada.

One-on-One Date with Gabby
The first date card arrived in Toronto and it read, "Gabby, welcome to Toronto! Love is on the horizon." Clayton took Gabby to a waiting helicopter so they could sightsee from above. 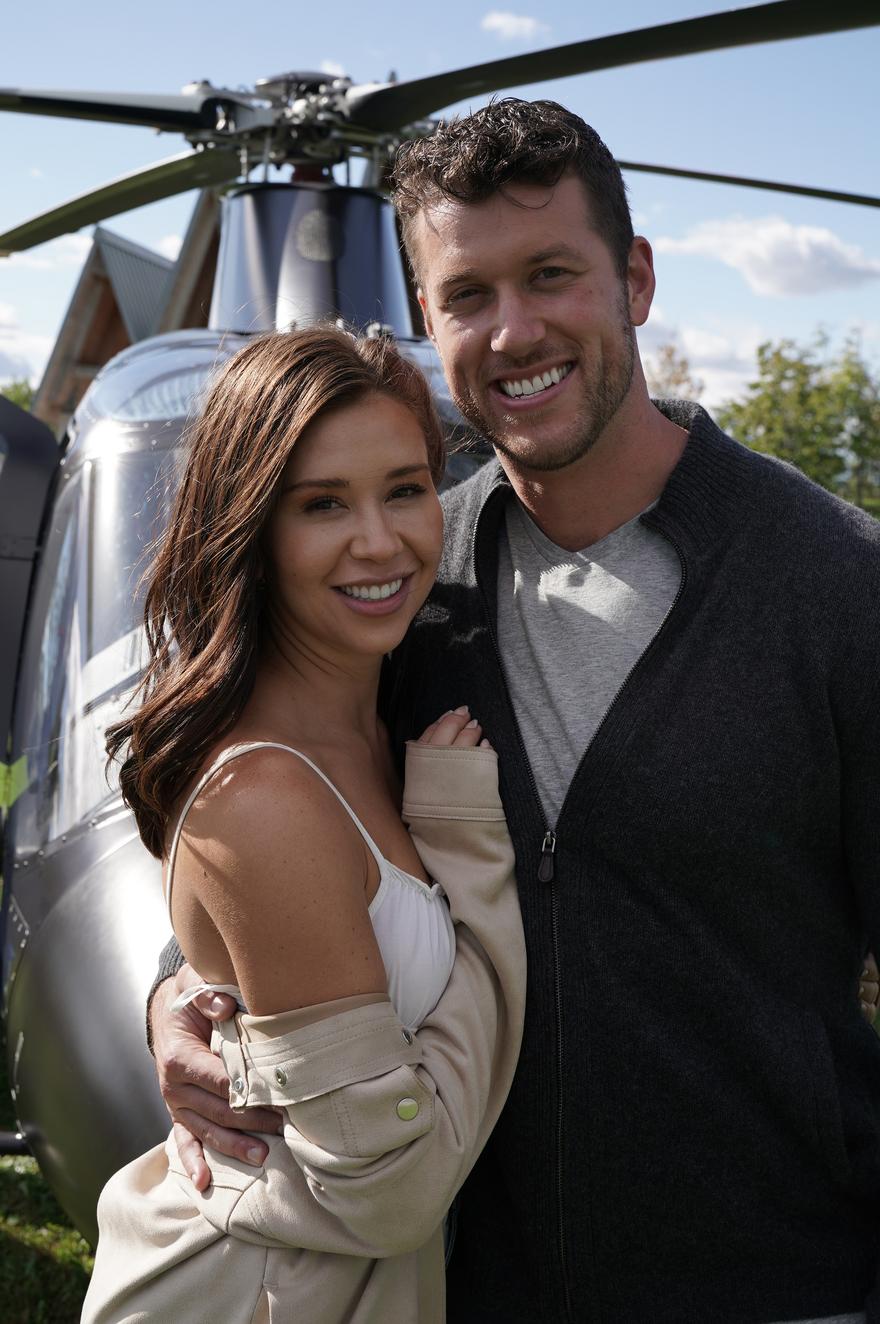 He said that she has made the biggest jump as far as their connection goes, he says he can't stop thinking of her. Once they landed, they played a bit of street hockey in a park, and then they walked up to a street vendor to try beaver tail, a fried dough pastry. They also got to graffiti a brick wall, and just took a walk together and pet some Canadian dogs.

Date Card Bombshells
Another date card arrived and it read, "Rachel, Sarah, Serene, Marlena, Susie, Hunter, Eliza, Teddi, Mara, Can you take the heat?" That meant that Genevieve and Shanae would be having a two-on-one date. Genevieve was upset and Shanae played it off like, "Maybe it's a good thing."

Gabby and Clayton's One-on-One Part 2
At dinner, Gabby wanted to let Clayton know that there's more to her than just jokes and fun. She told Clayton that she's been insecure in relationships and more reserved in the beginning. Gabby said she has trouble receiving love because it brings up feelings that she's unworthy of it. She thinks that she deserves it now, but it seems like she's still working on it. Her mother was physically affectionate but would then withhold her love or attention, so it kind of messed with her mentally. She said that she and her mother no longer have a relationship. That's so hard. Clayton was grateful Gabby told him. He offered her the date rose which she happily accepted. Then, they jumped into a pool and did some making out. Clayton said that he feels she could be his future wife.

Group Date
The group date ladies were so excited Shanae was not on their date and hoped there wouldn't be any drama. Jesse Palmer was waiting for the group. 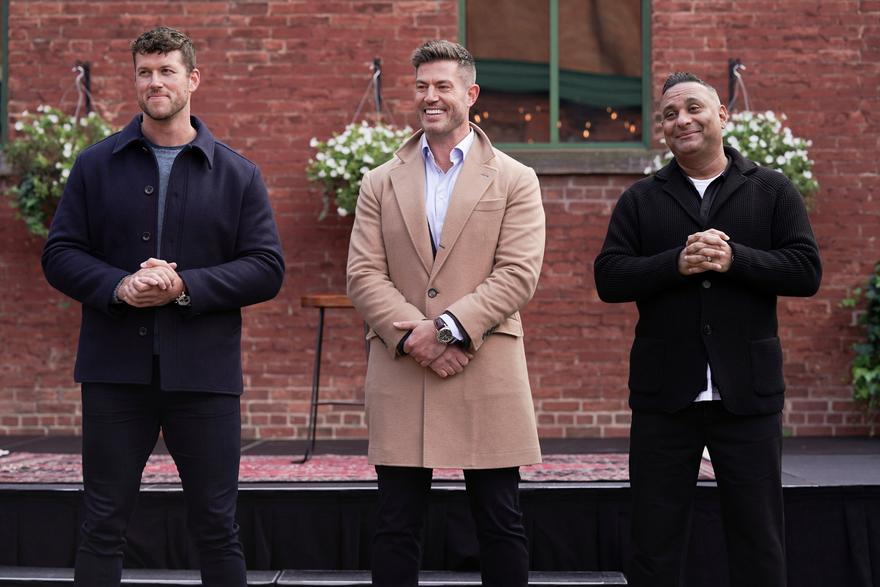 Then Russell Peters, a comedian, joined them! He told the group they had to roast Clayton and each other. They all had to perform in front of a live audience, outdoors. Marlena called Shanae a herpes outbreak. That was brutal! There were a lot jokes about being a failed football player. Sarah was really mean against Mara - her jokes about the gap between her teeth and the way she says her name is like Marinara and she told Sarah, "Just go home your desperate b****." 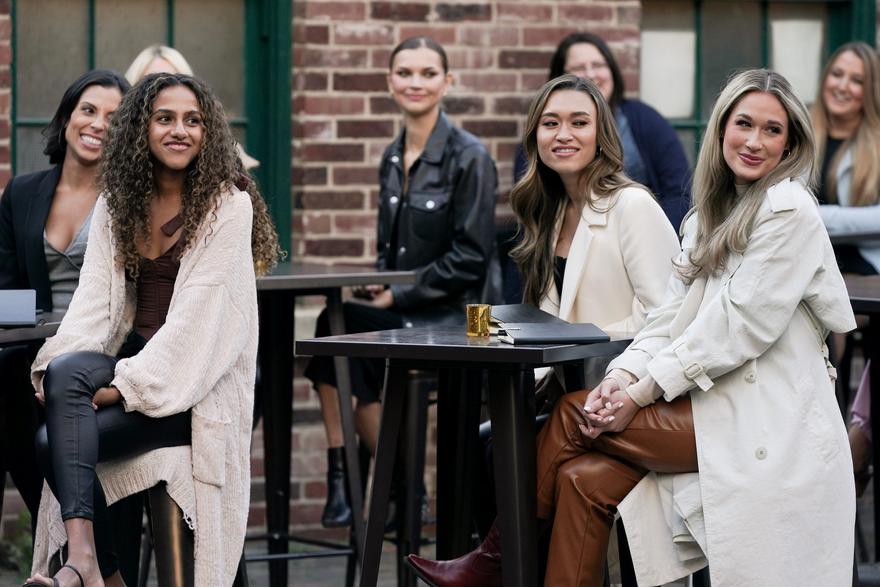 Clayton told the women he appreciated the way they really went for it and roasted him on the date. Susie brought out a microphone to share the things she liked about Clayton because she felt awful for roasting him. Clayton told Marlena she had the best roast and thought she has a future in standup. Rachel told Clayton that this date would have been the one that she didn't want to go on because she doesn't like to get up in front of crowds, but she appreciates that she's being pushed out of her comfort zone. Clayton told her that he never stops thinking about her. He drank maple syrup shots with Eliza, overall he had a great time talking to each of them. In the end, he gave the group date rose to Rachel.

Two-on-One Date
"Shanae and Genevieve into the falls your journey goes, only one comes out with a rose. I need to make a decision." It did not end, love Clayton for the first time. Clayton met up with the women at Niagara Falls where they rode the Maid of the Mist. It is an amazing, but wet ride!

Next Week
We'll see the conclusion of the two-on-one date - will Shanae be able to twist and turn her way into getting Clayton to think Genevieve is an actress? Let's hope he wakes up.

Clayton Echard has been named the season 26 "Bachelor" on ABC.