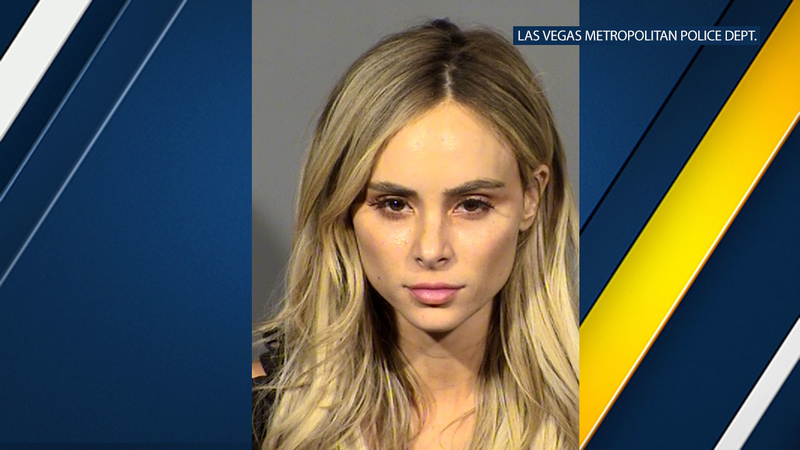 LAS VEGAS (KABC) -- A former contestant on "The Bachelor" was arrested Monday on suspicion of battery domestic violence in Las Vegas.

Amanda Stanton, who has also appeared on "Bachelor in Paradise," was arrested by Las Vegas police after a call at a hotel where she is alleged to have battered her boyfriend.

Police were called to the scene, where they found probable cause.

Stanton was booked at the Clark County Detention Center.

A statement from Stanton's team said:

"Amanda is embarrassed and ashamed this happened and sincerely apologizes to hotel security and the Las Vegas Police Department. Amanda is a gentle, respectful person who has never gotten physical with anyone under any circumstance. That evening she had a few drinks at a bachelorette party and when hotel security asked her and Bobby to quiet down, she got a bit rambunctious. Amanda gave Bobby what she thought was a playful shove; hotel security did their job and reported the incident to the police, who in turn did their job. Despite Bobby explaining this was not an ill-intended shove, the police still had to do their job which Amanda completely respects and understands."
Report a correction or typo
Related topics:
arts & entertainmentlas vegasbachelor in paradisecrimebachelordomestic violencebattery
Copyright © 2021 KABC-TV. All Rights Reserved.
TOP STORIES
14-year-old boy killed in Apple Valley hit-and-run; suspect sought
Florida shootout: Dog breeder exchanges gunfire with teen robbers
Singer Ángela Aguilar visits Boyle Heights to boost local restaurants
Hit-and-run suspect barricaded in Huntington Park home
Dodgers fall into 3-1 hole in NLCS with loss to Braves
Police find items belonging to Brian Laundrie, apparent human remains
Salmonella illness linked to onions consumed in 37 states including CA
Show More
Gas hits $7.59 a gallon in CA town
Garcetti to LA city workers: Get vaccinated by Dec. 18 or lose job
Shooting victim drives several blocks, dies after crash in South LA
Walkout at Netflix over Dave Chappelle special brings out dozens
Maskless NYPD officers disciplined after subway video goes viral
More TOP STORIES News