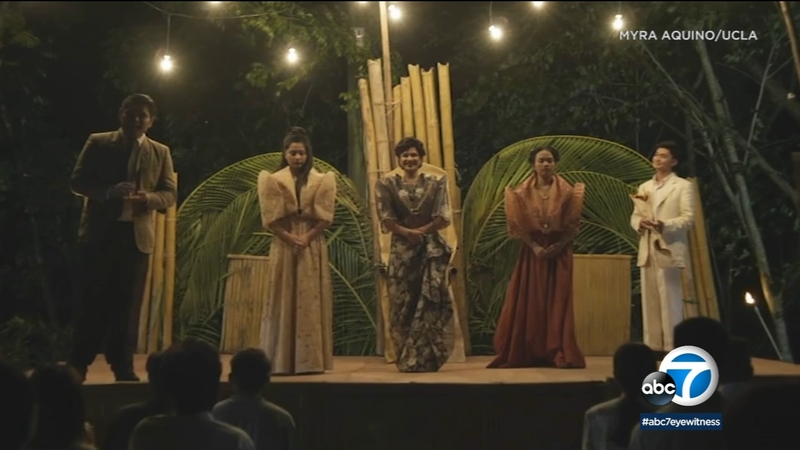 HOLLYWOOD (KABC) -- For more than 40 years, a group of producers, writers and directors known as The Caucus has celebrated the creative community... honoring outstanding work behind-the-scenes. And that includes providing grants, scholarships and mentoring to the next generation of talent.

For students who want to enter show business, that recognition can be life-changing.

The Caucus has a rich history in Hollywood. Among its founders: Norman Lear, and the late Aaron Spelling.

"A bunch of very obviously great writer/producers who wanted to give a voice, especially to the future of our industry, i.e., young filmmakers and young content creators," said actor James Pickens Jr.

"Grey's Anatomy" star James Pickens Jr. will host this year's virtual Caucus Awards for the fourth year running. The virtual ceremony will include honors for Reese Witherspoon, as Producer of the Year. And Writer of the Year Aaron Sorkin. It's a mix of today's stars and tomorrow's talent.

"It's all in with this organization," said Pickens. "They want to recognize these young filmmakers. And, let's face it, they are the future of our industry."

That future includes Myra Aquino, a UCLA grad. And Kathryn Boyd-Batstone, a USC grad...two of last year's honorees. Kathryn's movie, "For Rosa," won her a prize package that included $35,000 worth of editing from Illuminate Hollywood.

"For Rosa' is a short film about the--inspired by The Madrigal 10, a group of 10 Latina women who were sterilized without their consent while giving birth at the USC East L.A. County Hospital in the 1970s," said Boyd-Batstone.

"Beauty Queen' is a short film that's set in the Philippines in World War II. And it's about a young beauty queen who joins a resistance army and eventually becomes the commander of a squadron," said Aquino.

Both women are now planning to make feature films out of their shorts... thanks to The Caucus.