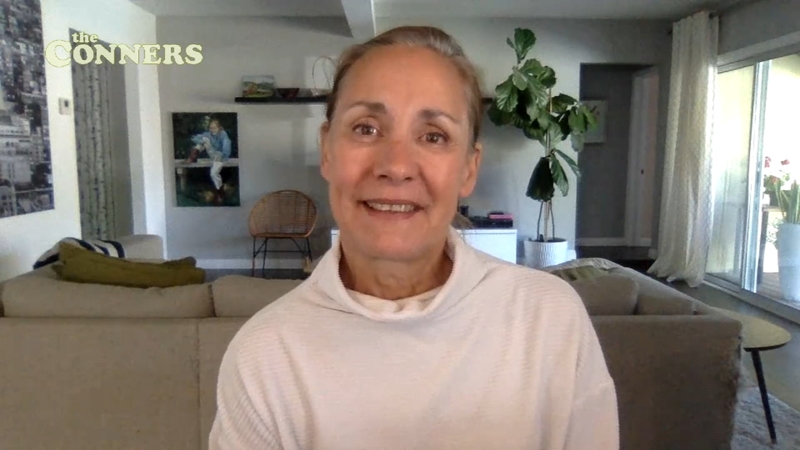 "The Conners" have survived and stayed relevant more than 30 years after the family was first introduced on the sitcom "Roseanne."

The revival has done well on ABC and even survived the departure of its original star, Roseanne Barr, and the second comes to a close Tuesday night.

It's been a season of change and challenges for "The Conners," and Jackie, played by Laurie Metcalf, has been doing what she usually does: Offering advice the members of her family don't always want to hear.

Beyond that, Metcalf offered few specifics about this final episode.

"I can't give anything away," she said. "You're not going to get it out of me. I can't spoil anything. I've been warned, but it's a great finale."

The title of the episode, "Bridge Over Trouble Conners," is a reference to Darlene's dating dilemmas and Dan's financial problems as family members are faced with losing their home.

"I think Darlene and Ben are going to try and help him out," Metcalf said.

Metcalf was supposed to be on Broadway this spring but remains in LA due to the pandemic, but the marquee at the Booth Theater stands in muted testament to what might have been: A new production of "Who Afraid of Virginia Woolf?"

"I think I'm still recovering from that one," she said. "We worked really hard on that show. It's a very difficult show and I loved what we came up with, and we did nine previews and then Broadway had to close down. Everything closed down."

Producers later announced the revival would not be re-opening.

Nevertheless, after performing onstage for more than 40 years and winning two Tony Awards for her efforts, Metcalf predicts she will be back on Broadway at some future time.