WLS
By Chuck Goudie
CHICAGO -- If Oscar nominee "The Irishman" was embodied as a Chicago mobster, he would already have been killed for making too many mistakes.

The Chicago Outfit has a long and bloody history of retribution for the screw-ups of its foot soldiers and bosses, from garroting to gunshots. In Hollywood, there is no corporal punishment for gaffes or factual errors and only occasional public shaming by film buffs and, in this case, mobologists.

During its lengthy run time of three hours, mistakes in "The Irishman" comprise a long list, from visual blunders to factual mistakes about the East Coast mob and the Chicago Outfit.

The film, purported to be a true-to-life saga of vamoosed Teamsters' boss Jimmy Hoffa and his relationship with La Cosa Nostra, is mostly set in the 1950s, '60s and '70s. Many of the widely reported mistakes are time-period related: cars and technology appearing in scenes that weren't even made at that time, wrong highways and aircraft; and New York's Twin Towers in a 1972 scene even though the buildings weren't completed until the next year. Popular films are generally subjected to what some might consider nitpicking, all of which end up as blog fodder. 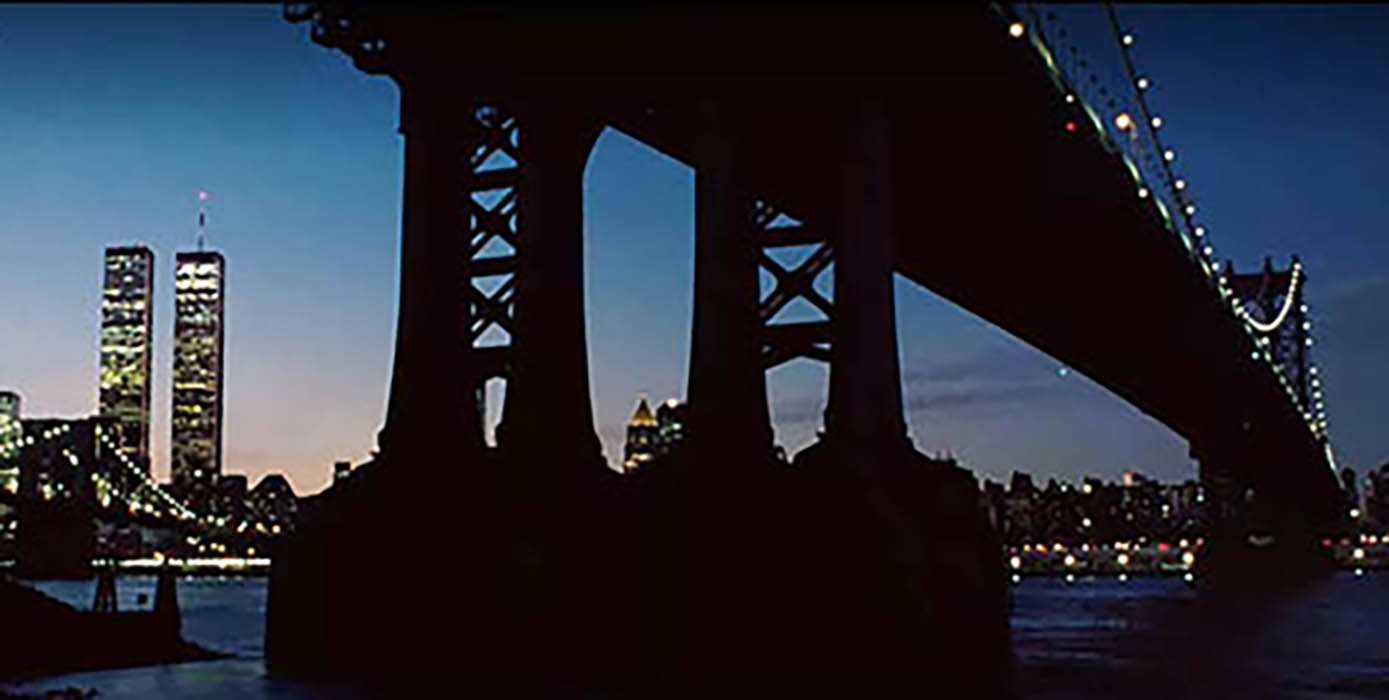 One major movie untruth, that was an important undercurrent in the storyline, involves the Chicago mob and President John F. Kennedy.

The film put forth as fact that JFK won thanks to Sam Giancana and the Chicago Outfit, cultivating votes in a cemetery and casting ballots in the names of the dead.

The movie states: "...it was easy for the mob to help Joe Kennedy get his son elected president. That was easy. They just punched up the vote a little bit to make sure that he won in Illinois."

Binder, a retired University of Illinois-Chicago professor and Ph.D., has studied the 1960 election and assertions that Outfit vote fraud carried the day for John Kennedy.

"When you go to look at the evidence, it's just not there," Binder told the AB7 I-Team. "There's no convincing or credible evidence that organized crime delivered for JFK in 1960 around Chicago, or nationally through union members..." 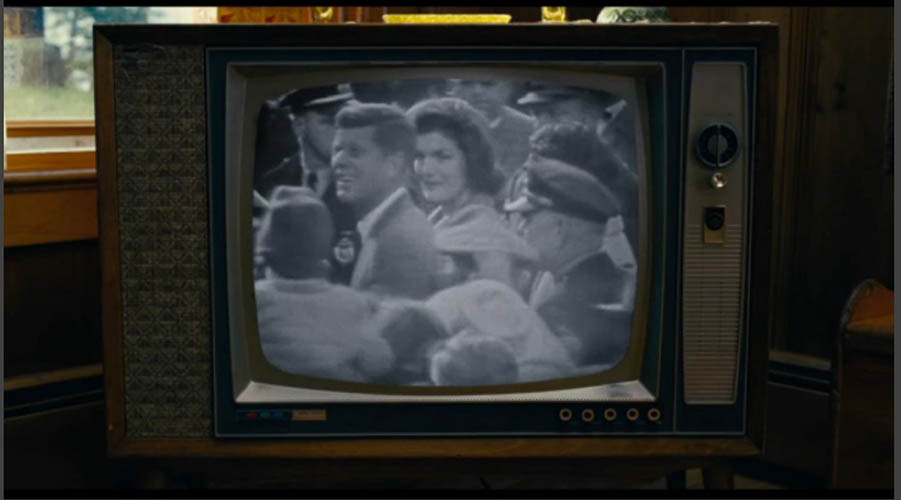 "That the mob pulled out stops where they could - whether it was around various parts of Chicago or whether it was with the union members nationally - to get out the vote for JFK and that's what got Kennedy elected," Binder said.

But according to Binder's research, there were no high levels of vote fraud reported or investigated, polling place intimidation or violence by Outfit thugs - although he says the movie and several mob books the past few years have rewritten a sexier version of history.

"Now it's treated as some undeniable fact by a lot of people," he said.

Binder and other mob experts agree no Kennedy would have enlisted the mob's help in that kind of deal because Chicago organized crime was a top target of JFK's, and especially his brother, soon-to-be attorney general Robert Kennedy.

With JFK conspiracy theories in generous supply, Binder says they have a "certain recipe to them." He says "You must put in 2 cups of the Kennedys, you must put in at least a big cup of the mob. If you can put in a couple of tablespoons of Marilyn Monroe and a half cup of Frank Sinatra, so much the better."

While there has been a long-running internet debate about the entire premise of the film and how Jimmy Hoffa was lured to his death and murdered by hoodlums in a suburban Detroit home, it is based on the book "I Heard You Paint Houses." That book presents mobster Frank Sheeran's version of what happened to Hoffa, and even though the crime scenario has been discredited by federal investigators, it is nonetheless Sheeran's alleged insider take on what happened and the movie repeats that faithfully.

But then there is Allen Dorfman, the slick and crafty financier to the mob-dominated Teamsters' pension fund in Chicago. In the movie, Dorfman's character is shown with the on-screen title stating that he was "shot eight times in the head in a Chicago parking lot, 1979."

While it is true that Dorfman, 60, was shot in the head multiple times with a .22 caliber pistol - then the Outfit's assassination weapon-of-choice - it wasn't a Chicago parking lot and it wasn't in 1979, as the film claims.

While it is true that Allen Dorfman was shot in the head multiple times, it wasn't a Chicago parking lot and it wasn't in 1979.

"The fact that the movie 'The Irishman' got the death date wrong for Allen Dorfman is a little sloppy," Binder said. "Obviously 'The Irishman' is a movie, but it's based upon what is supposed to be a true crime book and it's pushing itself as being a true crime narrative, so people don't see this as another entertainment piece."

The fact is that in 1979, Dorfman was still maneuvering millions for mob bosses and the Teamsters' Central States Pension Fund in Chicago. That year the FBI was just starting to secretly listen to conversations in his office, where they had hidden eavesdropping devices as part of a new investigation. 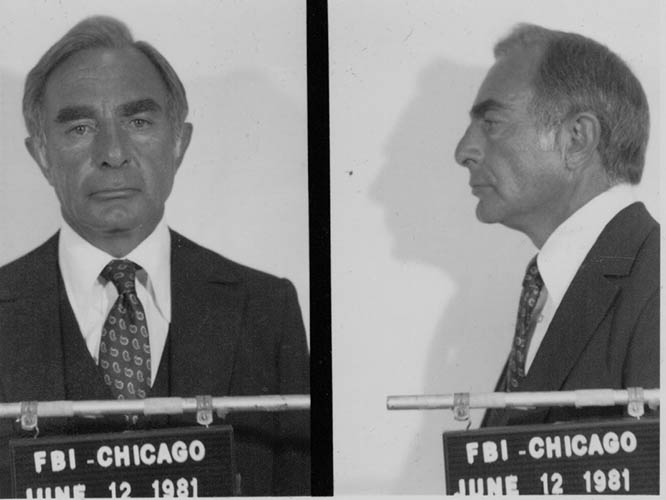 Dorfman, a cutthroat insurance magnate and close associate to Hoffa and the Outfit, was indicted and convicted in 1981 and '82.

On January 20, 1983, Dorfman was three days from being sentenced to federal prison in the mob-linked Teamsters pension fund corruption case.

As he was leaving a hotel in northwest suburban Lincolnwood - not Chicago, as the film states - two masked assassins came up from behind and one of them began blasting, continuing to fire as the business tycoon collapsed to the asphalt.

Dorfman was dead in the parking lot of the Hyatt, the infamous purple-colored hotel which has since been demolished. Investigators believed that Dorfman was murdered "to keep him quiet," the I-Team reported at the time.

No one was ever charged, which is how most of the 1,100 gangland murders in Chicago have gone over the decades.

Dorfman was killed four years after "The Irishman" claims, an odd mistake for a film with a $150 million dollar budget and scores of researchers, aides and assistants listed in the credits who could have fact-checked the date in a simple Google search.

The I-Team asked for interviews with director Martin Scorsese, actor Robert DeNiro, who plays the lead gangster in the film, along with the screenwriter and the book author. A spokesperson for Netflix, that distributed the film, said that none of them were available.
Report a correction or typo
Related topics:
arts & entertainmentlincolnwoodchicagooscarsacademy awardsmovienetflixi teammob
Copyright © 2021 WLS-TV. All Rights Reserved.
I-TEAM

SSDI slowdown causes delays for those in need