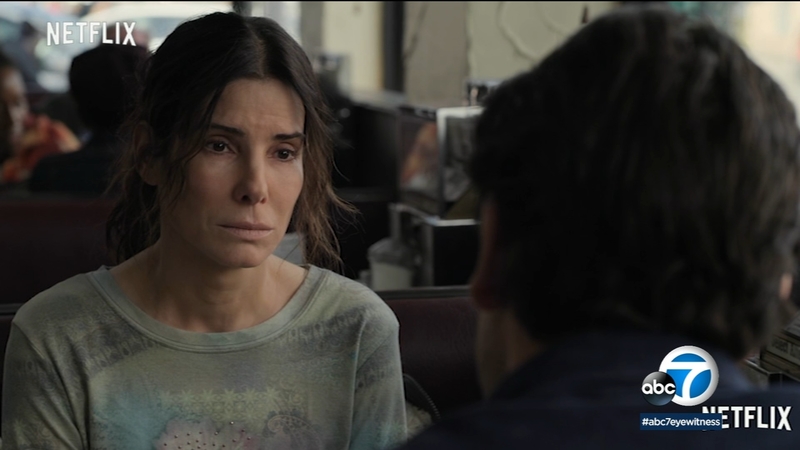 Sandra Bullock is starring in the tough new drama, "The Unforgivable." She plays a woman who just got out of prison, dealing with her past as she tries to look to her future.

Her character is tough, determined, broken and just out of prison after serving 20 years. Her re-entry into society, for a number of reasons, is not easy.

"When you meet people who didn't have the blessings that I have by birthright and you see the only way for them to survive is to become as offensive and defensive and hard as possible just to be able to wake up in the morning and figure out how to live another day, it eats away at you," Bullock said.

What sent her to prison, the death of a police officer, plays out as the movie goes along, but there is also a twist in the mix here for moviegoers who like surprises. I call it the "I didn't see that coming" moment.

"That was not easy to get to as we were editing," Bullock said. "It was a Rubik's Cube. But, you know, I'm glad, I'm glad it held you to that point and didn't give anything away. It's rare."

Rob Morgan plays the parole officer who keeps an eye on Bullock's character, Ruth, for the entire film. He's tough, too, but he cares.

"You see various male voices interacting with Ruth through the movie for particular situations but mine, I felt, was the one that can really heal her," Morgan said.

As for her co-star, Bullock is one of his biggest fans.

"This is his time, like, this is the leading man that I want to see, the complex characters that he brings to every single role. This is, this is Rob's time! This is your time, Rob Morgan," she said.

"The Unforgivable" is in theaters now. It's rated "R."