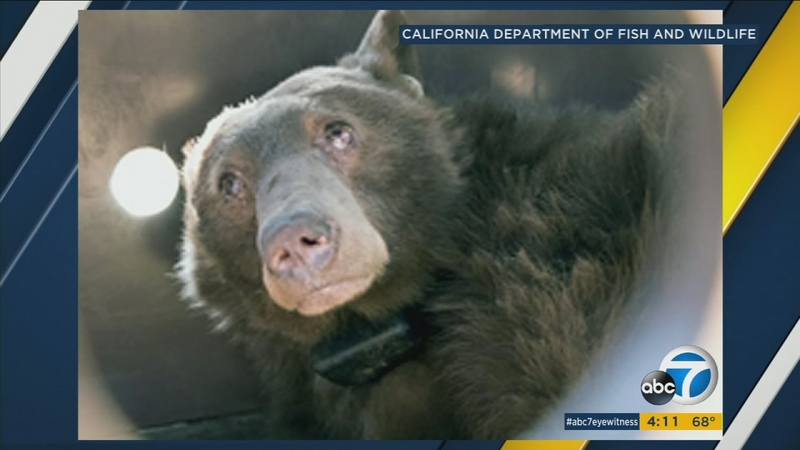 VENTURA COUNTY (KABC) -- Two female bears that were badly burned in the Thomas Fire appear to be doing well and are back home in the Los Padres National Forest.

New photos were released showing one of the bears moving around and enjoying her time in the forest. GPS tracking data indicated the other bear is also doing just fine.

They were found with burn injuries from the massive December fire and taken for treatment. They had tilapia skin placed on their paws to quickly and better heal the burn injuries. Fish skin is often used in Brazil to bandage human burns.

In January, they were released back into the wild.