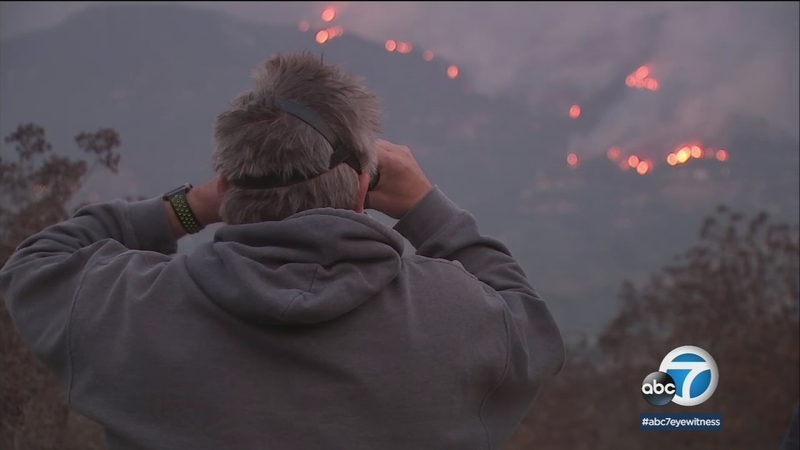 VENTURA, Calif. (KABC) -- Firefighters are hard at work trying to tame the destructive Thomas Fire as it continues to burn into Santa Barbara County on Wednesday, and fire victims now have a place to get the information they need so they can start rebuilding.

Since the evening of Dec. 4, when the inferno erupted in Santa Paula, it has destroyed 930 structures, most of which were single-family homes.

The damage caused means the Thomas Fire is among the top 10 most destructive wildfires in the state's history, according to Cal Fire, but residents in Ventura received some much-need good news: an assistance center has opened up for victims who have lost in the massive blaze.

The Poinsettia Pavillion, located at 3451 Foothill Road, will be open seven days a week for the next two weeks and longer, if necessary.

A wide variety of city, county and state agencies are there to help victims rebuild. While there, residents can find information on debris removal, permits, housing, rental assistance and property assessments. There are also services for crisis intervention and stress management.

"We did get things from the DMV. They were able to get us new titles for our cars. They were able to give us a new marriage certificate...They did all the paperwork for us right there. There was no lines, which is nice," shared Laura Van Rossum, who lost her home in the Thomas Fire.

Appointments are strongly recommended. You can sign up at venturacountyrecovers.org.

The flames scorched an additional 2,500 acres as of Wednesday evening, totaling 238,500 acres and remains at 30 percent containment.

Firefighters are hard at work trying to tame the Thomas Fire as it continues to burn into Santa Barbara County on Wednesday.

Fire officials said the blaze made its way further into Santa Barbara County, threatening the communities of Carpinteria, Summerland, Montecito and surrounding areas.

Thick smoke blanketed the area around Carpinteria as ash and soot rained down from the skies. It was difficult to see even two blocks down the street due to the thick haze.

By sunrise, helicopters were dropping water from above.

"We have hundreds of engines in that area doing structure defense, you know, they're in there prepping homes, making sure vegetation is cleared around them. They're able to get in there and make sure we can keep the fire away from the structures," explained Capt. Dave Zaniboni of the Santa Barbara Fire Department.

State Route 154 is scheduled to be closed in both directions from 5 a.m. to 9 a.m. Thursday, between Cathedral Oaks Road and Highway 246, for movement of fire equipment, the California Highway Patrol said.

The fire danger and rugged terrain is taking a toll on fire crews. One firefighter had to be airlifted from the fire lines after being injured.

Air Squad 8 responded to Toro Canyon, Carpinteria to a firefighter who was injured fighting the #ThomasFire carpinteria. The firefighter was hoisted into the Copter & transported to a Hospital. @VCSOVentura @VCFD @CAL_FIRE @Venturaoes pic.twitter.com/4ugxIYF7UD

Calm conditions and cooler temperatures have helped firefighters slow the flames, but with stronger winds in the forecast, no one near the burn area was ready to relax.

"It doesn't matter which direction the wind blows, it means nothing good. There's no question about that," said Summerland resident Michael Gardner.

Santa Ana Winds are expected to persist in the fire zone as the red flag warning is expected to be in effect until Friday morning.

Officials said Monday that 525 homes were destroyed in the city of Ventura, while 138 were damaged.