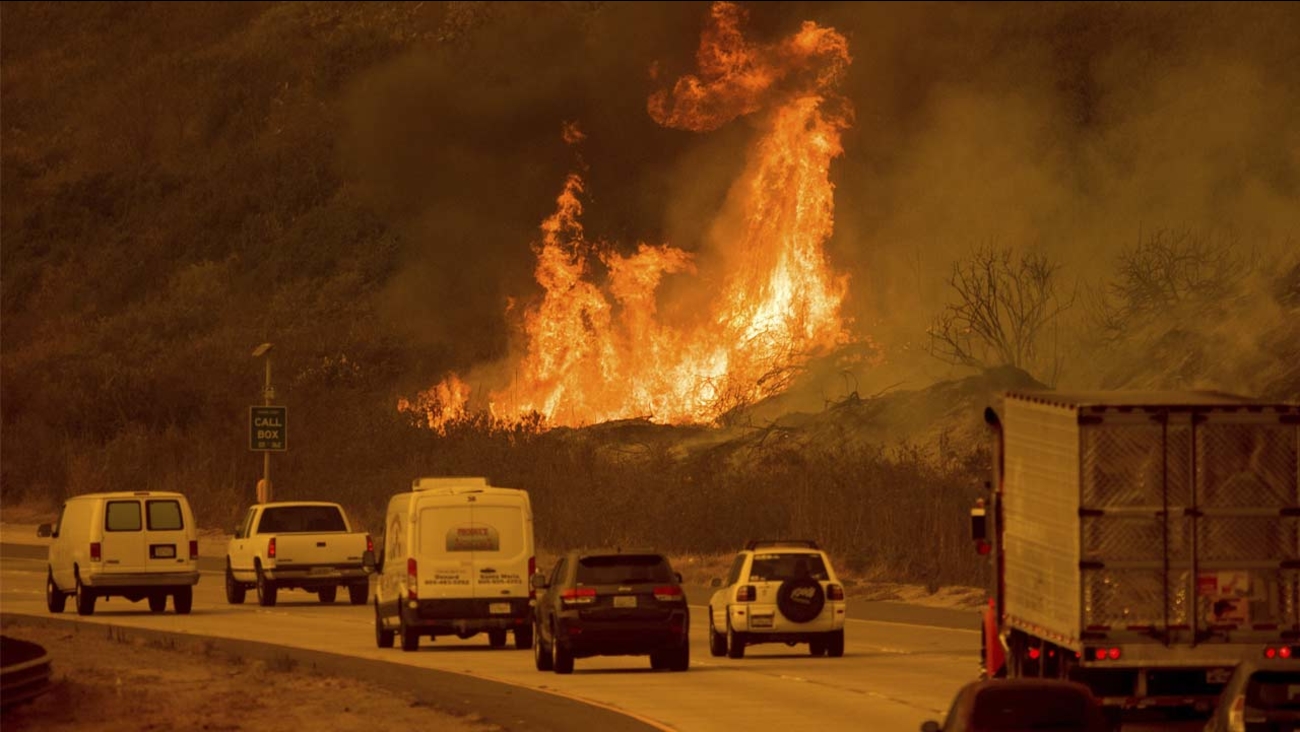 Flames from a wildfire leap above traffic on Highway 101 north of Ventura, Calif., on Wednesday, Dec. 6, 2017. (Noah Berger/AP Photo)

The U.S. Forest Service confirmed on Friday that the blaze was at 100 percent containment.

Fire officials said the forest closures within the footprint of the Thomas Fire remain in effect until further assessments can be made and deemed safe for the public to re-enter.

Also, the Los Padres National Forest remains closed to the public within the Thomas Fire perimeter on the Santa Barbara and Ojai Ranger Districts. The Sage Hill Group Campground is temporarily closed while fire crews use the area as a base camp, U.S. Forest Service officials said.

Rob Lowe, whose Montecito home was threatened by the Thomas Fire, invited weary firefighters over for spaghetti and cheeseburgers to thank them for battling the blaze.

The Forest Service provided a map and additional details regarding the closure of the Los Padres National Forest in the Thomas Fire burn area.

The fire charred 281,893 acres and destroyed 1,063 structures in Ventura and Santa Barbara counties, with most of those being homes.

The inferno claimed the lives of Cory Iverson, a firefighter from San Diego, and a 70-year-old Santa Paula woman who crashed her vehicle while fleeing the blaze.