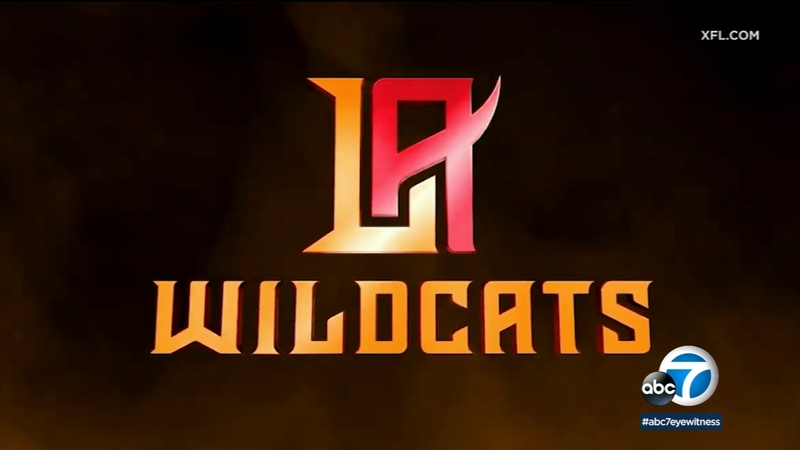 The league released season-ticket prices for its eight franchises Tuesday as well as outlining the process for next week's draft.

League COO and President Jeffrey Pollack said one of the primary goals is to provide fans with an experience that is very accessible. He said the most fundamental way of doing that is making tickets affordable.

For the Wildcats, lower level season tickets start at $20 per game, and over half of the stadium features season tickets for $30 or less per game, the team revealed in a press release. Wildcats season ticket packages range from $100 to $425 per seat for five home games, which will be played at Dignity Health Sports Park.

"An avid fan who wants to be as close to the action as possible can sit in the first row of the lower bowl for $20, a family of four can enjoy a live game for less than $100, and our season ticket membership is a manageable five home games. LA Wildcats ticket pricing is unprecedented for professional football and we can't wait to share gameday with our community," said Wildcats President Heather Brooks Karatz in the press release.

The league will also have a price lock on season tickets the first two seasons as well as including discounts on team merchandise and a VIP field pass at one of the games. They will also have access to the league's football advisory network, which will allow fans to share thoughts and feedback with the teams. For more information on Wildcats tickets, visit xfl.com/la.

Fans will start to get an idea of who will be playing in the league when the draft takes place on Oct. 15 and 16. There will be five phases to the draft - offensive skill positions, offensive line, defensive line and linebackers, secondary and open phase. Each team will make 10 selections during the first four phases with 30 picks during the open draft.

Teams will have only 90 seconds to make a selection and declare it via a video conference with the league office. In another twist that fantasy football players are familiar with, the "snake" format is being used. The DC Defenders have the first pick during the skill positions phase in odd-numbered rounds but the final pick in even-numbered selections. The LA Wildcats will have the last pick in round one but the first pick in round two.

The order was determined by lottery under the supervision of Commissioner Oliver Luck. The DC Defenders have the first pick in skill positions, Los Angeles Wildcats in offensive line, Tampa Bay Vipers for defensive line and linebackers, Dallas Renegades in secondary and St. Louis BattleHawks in the open phase.

One quarterback will be assigned to each team prior to the draft, but it has not been determined if those announcements will be made Monday or prior to the start of the draft next Tuesday.

Pollack said team uniforms and the schedule are being finalized and are expected to be revealed over the next two months. The first weekend of games is Feb. 8 and 9, which is the week after the Super Bowl.