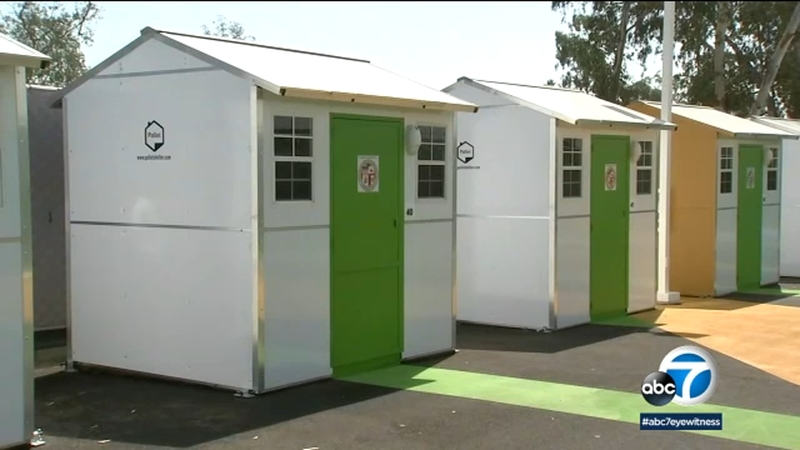 As the City of Los Angeles announced a second round of funding for Project Homekey, a plan that aims to house those in need, a 150-bed tiny home community was opened.

The tiny home village in North Hollywood is the seventh to be built in L.A. At least two other locations have been opened in the area.

There are 75 of the 64-square-foot homes on a piece of land that looked drastically different before it was cleaned up.

Now it's being used to help men and women experiencing homelessness get off the streets, including John Brock.

"I feel really grateful. I mean the first day of moving in, I couldn't believe it. The Tiny Homes facility offered me an opportunity to just get my head together," he said.

"We know that converting apartment buildings into permanent supporting housing is so much less expensive than having to build housing from the ground up," said L.A. City Council President Nury Martinez.

The state of California has set aside $2.75 billion over the next two years to house the homeless. L.A. is asking for a sizable chunk of that money to build more housing and buy more real estate to get homeless people into permanent housing more quickly.

"This was the idea of not waiting three or four years to assemble a piece of land, buy it, get it entitled and work through the bureaucracy...build it and wait for the construction to be done," said Mayor Eric Garcetti.

In addition to the tiny homes and the units at motel and apartment complexes the city has purchased, the mayor's office said there are at least 3.200 housing units currently under construction.