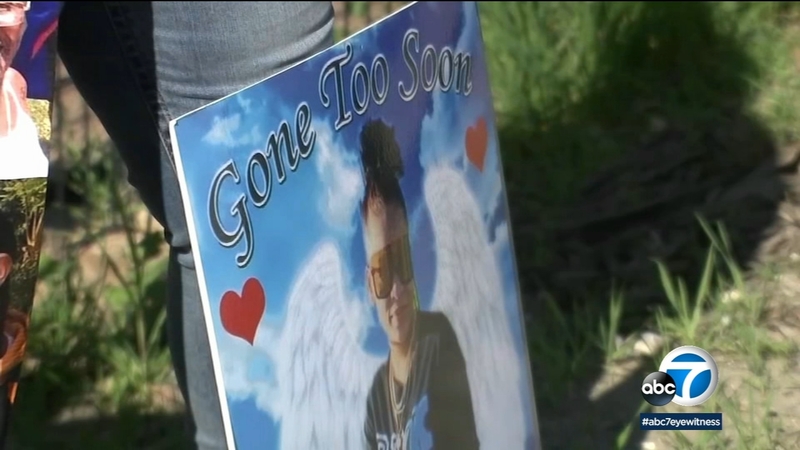 Los Angeles County District Attorney George Gascón and the California Highway Patrol held a news conference on Wednesday asking for the public's help in finding the person who committed the heinous crime.

Theus was found the morning of Jan. 8 after drivers reported seeing her body along the southbound freeway on-ramp on Manchester Avenue. The teenager had been shot in the neck, according to the coroner's office.

"Tioni was last seen on Jan. 7 when she reportedly told her father that she was meeting a friend to go to a party," Gascón said. "Again, we need the public's help. Please help bring Tioni's murderer to justice."

A $60,000 combined reward is expected to be considered to help find the killer of a 16-year-old girl whose body was found alongside the 110 Freeway in South Los Angeles.

"This incident occurred on a Saturday morning, so there has to be, there's people that were driving by, there has to be individuals out there that eyewitnessed at least a portion, if not, the entirety of this case, and we need your support," said CHP Assistant Chief Jesus Holguin.

Gascón also revealed that Theus may have been the victim of human trafficking.

"This brings us to why we need to do more for survivors of human traffic, especially children who are exceptionally vulnerable to the...tactics of traffickers," said Gascón. "And that work requires that we prosecute human trafficking, but it also requires that we do much more to prevent these crimes in the first place."