LA County offers $10K reward in killing of Tioni Theus, teen found on side of 110 Freeway 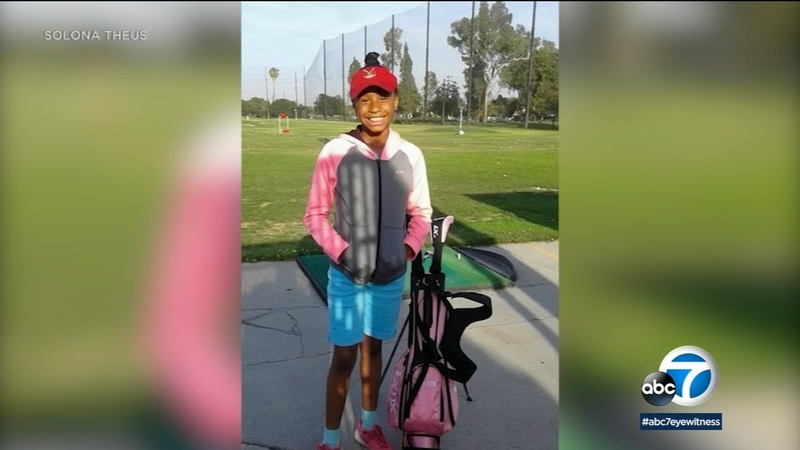 SOUTH LOS ANGELES (KABC) -- A $10,000 reward was approved by the Los Angeles County Board of Supervisors Tuesday to help find the killer of a 16-year-old girl whose body was found alongside the 110 Freeway in South L.A.

Meanwhile, two L.A. City Council members introduced a motion calling for the city to offer a $50,000 reward for information in the killing of Tioni Theus.

The motion by Councilmen Marqueece Harris-Dawson and Curren Price is expected to be voted upon in the coming week.

Tioni was found the morning of Jan. 8 after drivers reported seeing her body along the southbound freeway on-ramp on Manchester Avenue. The teenager had been shot in the neck, according to the coroner's office.

The county reward proposal was introduced by Supervisor Holly Mitchell, who also proposed a $10,000 reward approved by the board for information in the killing of 16-year-old Ricardo Trujillo Ramirez, who was fatally shot Sept. 24 in the 1900 block of East Pine Street in Compton while walking to his car with friends.

The victim's family and community activists gathered to call on elected officials to establish a reward for information leading to an arrest in the case.

Mitchell said she brought the reward motions to highlight the "lack of attention murders of people in some communities really get."

"Ms. Theus lived in Compton and was a student at Centennial High School," according to the county motion. "She was reportedly living with her father as her mother recovered from a serious hit-and-run accident. Family members say she was a straight-A student and enjoyed dance and golf."

"Investigators are urging anyone with information about this incident to contact the California Highway Patrol. A reward will encourage members of the public to come forward with information that can help identify the individual(s) responsible for her death."

The board's approval comes after her family and community activists have been pushing for a reward, claiming race is playing a factor.

Activists have said the absence of a reward in the killing of the young Black girl stands in stark contrast to efforts that led to a $250,000 reward offered in the search for the killer of 24-year-old Brianna Kupfer, a Pacific Palisades resident and UCLA grad student who was fatally stabbed Jan. 13 inside a boutique furniture store in Hancock Park.

A vigil was held Tuesday evening for Tioni Theus, a 16-year-old girl whose body was found on the side of the 110 Freeway earlier this month.

"I'm sorry for her loss. She was killed. They got the killer, a reward, everything fast," said Tioni's cousin Senia Theus. "We want justice. I don't care about no money, nothing...Whatever it takes to get this person off of the streets and to get justice for Tioni is what we want."

Price, meanwhile, said, "Tioni was a young lady with so much promise, joy and spirit with God-given gifts and talents to give to the world. She had so much to live for and countless unfinished dreams. It's disheartening to know that the person or persons responsible for her killing are still on the loose while a family and entire community continues to grieve in search for answers."

"I stand in solidarity with the Theus family and all Angelenos demanding justice in her name so that her family and loved ones can find solace in knowing that the ones who chose to end this vibrant girl's life will answer to their crime.''