Motorcyclist killed on 134 Freeway in Toluca Lake; lanes back open 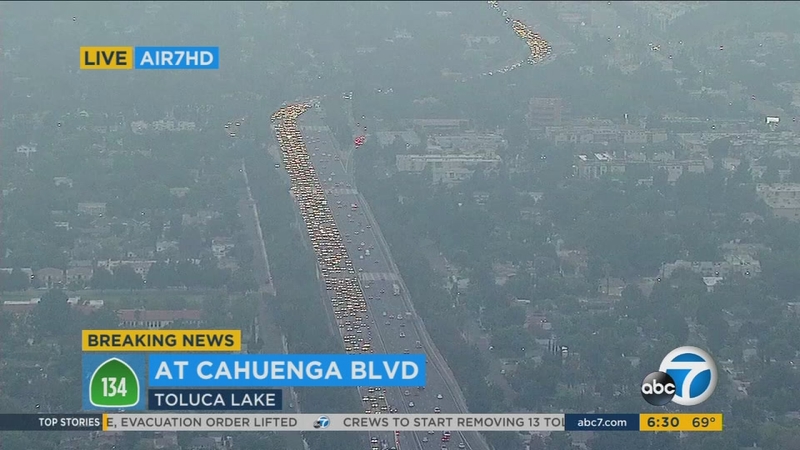 TOLUCA LAKE, LOS ANGELES (KABC) -- A motorcyclist was killed in a crash that shut down transition roads in Toluca Lake during rush hour traffic Monday morning.

The crash was reported shortly before 4:30 a.m. on the eastbound 134 at Cahuenga Boulevard. One motorcyclist was killed after apparently striking a center divider and being hit by cars on the road.

All lanes were back open shortly after 9 a.m.