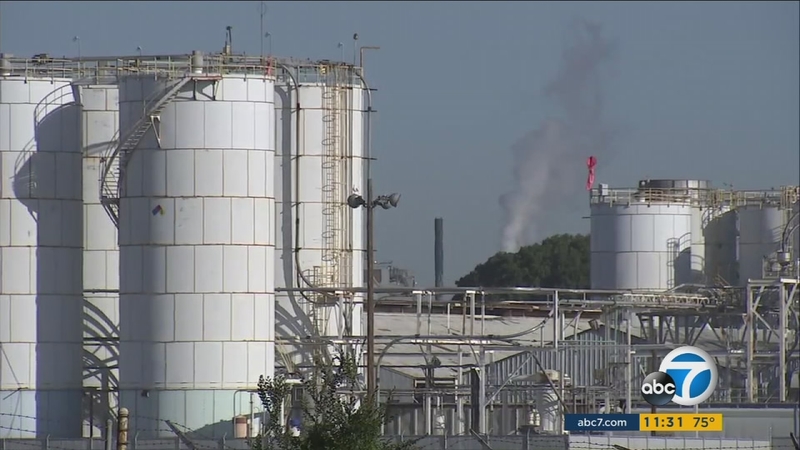 TORRANCE, Calif. (KABC) -- Lawmakers have voted against a resolution to phase out the use of a chemical at the Torrance Refinery.

The Torrance City Council voted 5-2 against phasing out the use of hydrofluoric acid and voted 7-0 in favor of adopting safety measures at the refinery.

The meeting stretched well beyond midnight, with both sides weighing in.

Residents raised concerns about safety issues at the refinery following a number of worrisome incidents, including an explosion in 2015.

On the other hand, refinery officials insisted that they need hydrofluoric acid for the refining process, saying if they can't use it, it would jeopardize many high-paying jobs in Torrance.

Company officials and local employees said the plant has used HF in the refining process for roughly 20 years.

Still, residents say it's just not worth the risks.

"While HF and MHF may have been used for decades, neither of these deadly chemicals are welcome in Torrance or the South Bay any longer," said one person who spoke at the meeting.

The next step is the South Coast Air Quality Management District's public meeting scheduled for Saturday, when both sides are again expected to present their cases for and against phasing out hydrofluoric acid.