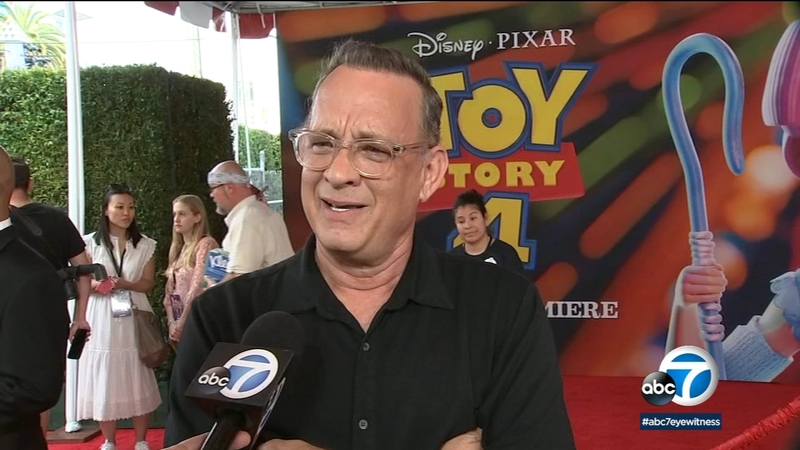 Stars turn out for 'Toy Story 4' premiere in Hollywood

HOLLYWOOD (KABC) -- It started in 1995, almost a quarter century ago - and the "Toy Story" franchise is still going strong. Tom Hanks and Tim Allen revisit their classic characters of "Woody" and "Buzz Lightyear" for "Toy Story 4." And both actors know the series of films has captured the imagination of people of all ages.

"We're now onto our fifth or sixth generation of moviegoers," said Hanks. "You go right back to where you were and what was important and you get to discover all these years later."

"Toy Story 4" takes Woody and the gang on a new adventure involving friendship, loyalty and doing the right thing. It also introduces us to some new toy characters, including Christina Hendricks, Keegan-Michael Key and Keanu Reeves.

"The producers, they had such a wonderful character and when they explained the story it sounded amazing so it was really fun to play Duke Caboom," said Reeves.