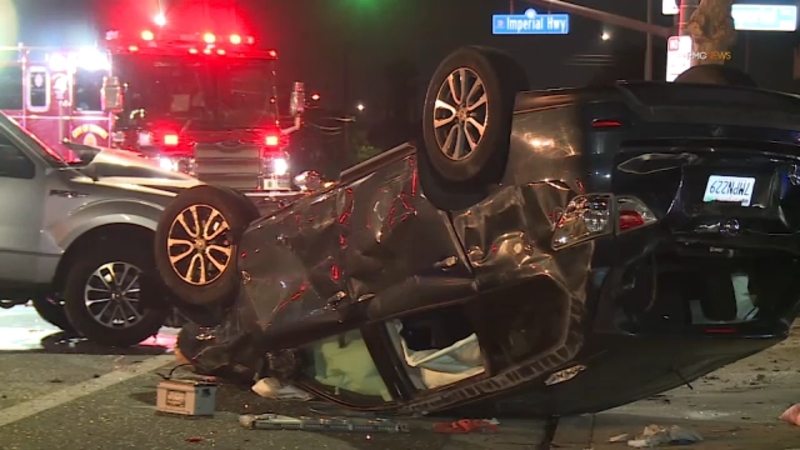 DOWNEY, Calif. (KABC) -- Five people were hospitalized early Saturday morning after a violent crash that may have been caused by street racing, authorities said.

At least three vehicles were involved in the collision, which occurred shortly before 1 a.m. at the intersection of Imperial Highway and Paramount Boulevard, a spokesperson for the Downey Police Department said.

A preliminary investigation indicated two of those vehicles were possibly racing before the crash, the spokesperson said. News video from the scene showed a dark-colored vehicle overturned onto its roof, a heavily damaged white sedan, and a mangled pickup truck.

Five people were transported to multiple hospitals after the pileup, authorities said. Details about the injured and their conditions were not immediately available.

One person was arrested on suspicion of felony reckless driving and hit-and-run, police said. Whether the suspect was among those hospitalized was unclear.