Fatal crash backs up traffic on SR-22 in Westminster 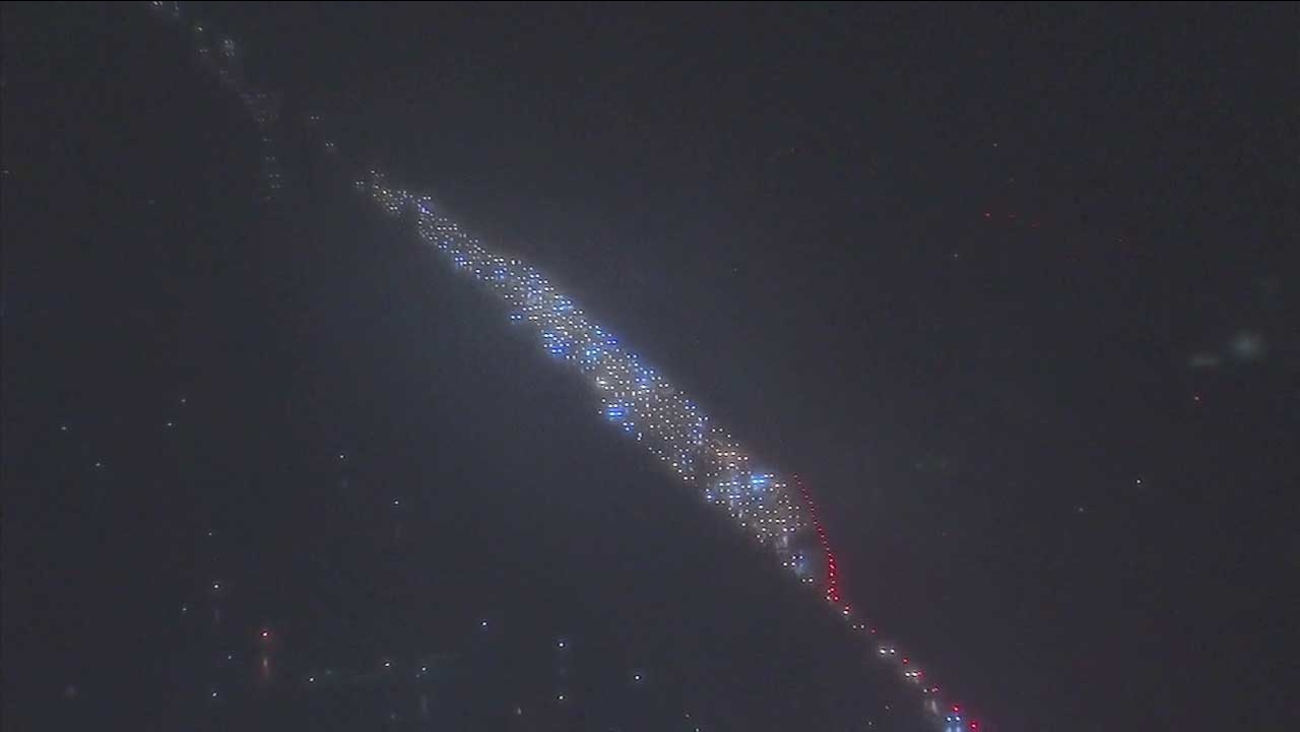 Traffic was at a standstill on the westbound SR-22 in Westminster following a fatal crash on Monday, Feb. 20, 2017. (KABC)

WESTMINSTER, Calif. (KABC) -- One lane was back open on State Route 22 West in Westminster after a fatal crash temporarily shut down all traffic Monday morning.

The crash was reported shortly before 5 a.m. near the Knott Street exit, according to the California Highway Patrol.

Witnesses said two vehicles were speeding when one crashed into another and hit the center divider, according to the CHP. At least one person got out of a vehicle and was struck by oncoming traffic, authorities said.

Drivers were encouraged to use the Magnolia exit to take Garden Grove Boulevard. It was not clear when all lanes were expected to open.