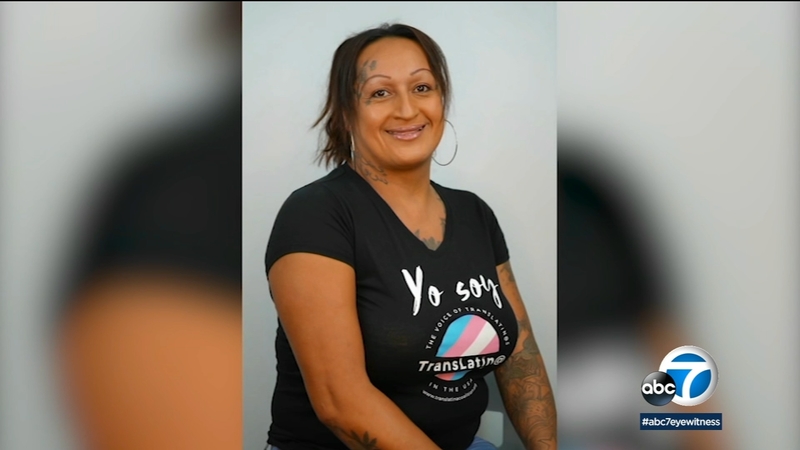 Man arrested in attempted murder of transgender women in Westlake

WESTLAKE, LOS ANGELES (KABC) -- A 24-year-old man has been arrested and charged in connection with the attempted murder of two transgender women in separate attacks in the Westlake District's MacArthur Park, prosecutors announced.

The defendant allegedly tried to kill one of the victims twice.

One of the victims was identified by friends as Daniela Hernandez, who was stabbed multiple times and had her throat slashed in an attack that occurred about 9 p.m. on Oct. 11.

"She's a very kind individual who is always doing good for people and just for her to be attacked in this way is not fair," Bamby Salcedo, president of TransLatin@ Coalition, said at a vigil for Hernandez. Salcedo said Hernandez was stabbed 16 times.

LAPD arrested two suspects in connection to an attack on three transgender women in Hollywood that was captured on video and streamed live as it was happening.

The other victim was attacked in the same park on Aug. 21 and Sept. 1, authorities said. Neither victim has been publicly identified by authorities.

The charges against Fonseca include allegations that the incidents were hate crimes and were committed for the benefit of a gang. He was being held on $1.07 million bail after being taken into custody by the Los Angeles Police Department.

If convicted as charged, Fonseca faces a maximum possible sentence of life in prison, according to the DA's office.

EXCLUSIVE VIDEO: Philadelphia police are investigating the brutal beating of a transgender woman in Philadelphia