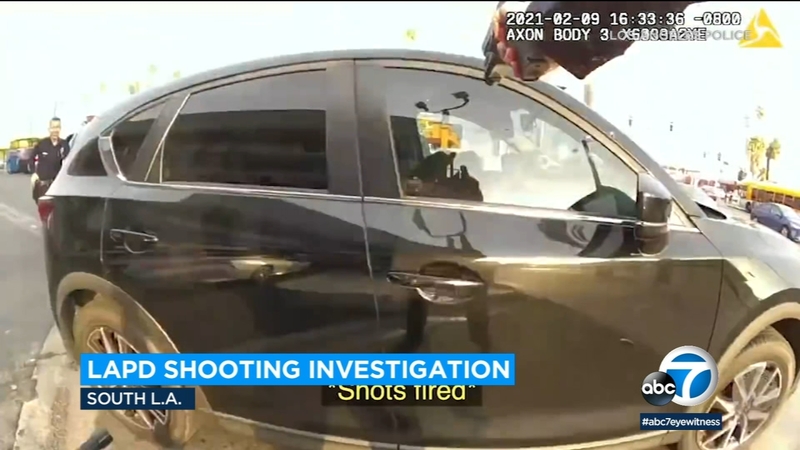 COMPTON, Calif. (KABC) -- New video has been released of a police shooting last month in South Los Angeles where a suspect escaped after running into a nearby store and changing clothes.

The incident happened during a traffic stop in February when the driver appeared to try to run over a Los Angeles police officer.

The footage shows an officer firing his weapon multiple times at the vehicle as the suspect, identified as 30-year-old Travis Elster, drove off.

Minutes later, surveillance video catches the driver run into a nearby Target store where investigators say he changed clothes and walked out.

Elster remains at large, according to the LAPD.

The department says it's looking into whether the officer followed use-of-force protocol.