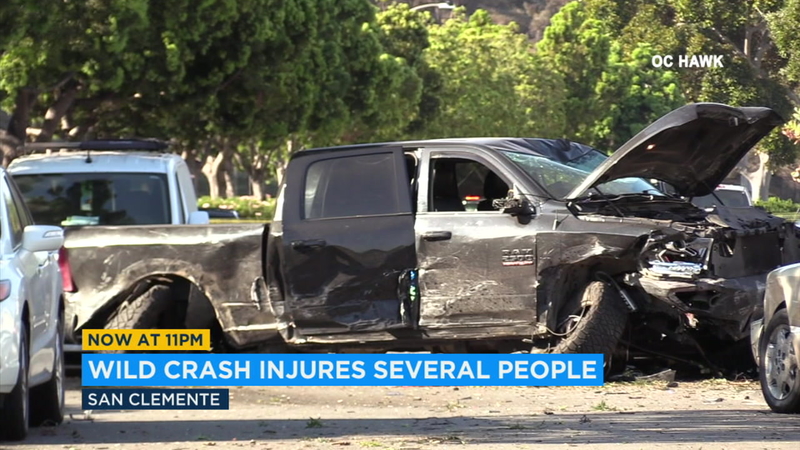 Two people had to be airlifted from the scene with significant injuries after the crash. The driver, described as a man in his 30s, was also treated at a local hospital.

The crash happened around 2:30 p.m. at Camino de los Mares and Avenida Vaquero.

A 2016 Dodge pickup was heading east on Camino de los Mares when the driver somehow lost control, crossed over into Avenida Vaquero and hit the center divider. The truck careened into a light pole, jumped the center median and smashed into four parked cars, police said.

Two bicyclists and a pedestrian were injured.

At least one victim was believed to be in critical condition.