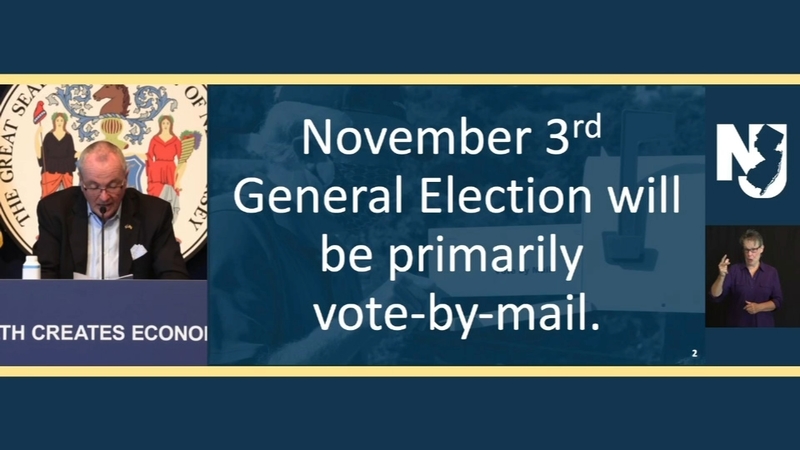 It also says the governor misappropriated power that belongs to the state legislature.

Murphy says keeping most polling places closed will help stop the spread of the coronavirus.

His order follows the model the state used in its July primary.

Murphy said Friday all registered voters would get a ballot.

Gov. Phil Murphy offered more details about the vote-by-mail plan for the general election in November.

Murphy said voter can mail their ballots, use an official drop box, or drop them off in person at county offices or a polling place.

Voters arriving to vote in-person will be casting provisional ballots.

Ballot drop boxes have been used with success for several years in states like Oregon, Washington and Colorado that rely largely or entirely on ballots that must be sent in.