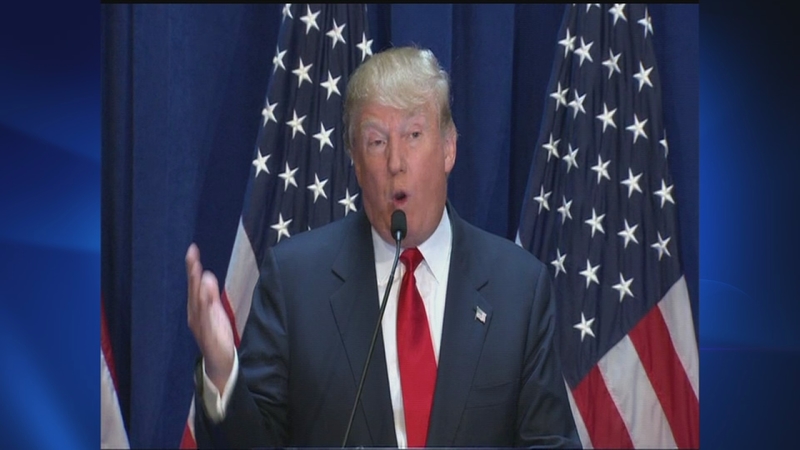 "We need somebody who can take the brand of the United States and make it great again," he said. "The American Dream is dead. But if I get elected president, I will bring it back. Bigger better and stronger than before."

As part of the announcement, Trump stated that his net worth was $8.7 billion, with assets totaling more than $9 billion.

Trump: Obama is a bad negotiator:


In Trump's speech, he said that other countries have been beating the United States in many areas.

"The U.S. has become a dumping ground for everybody else's problems," he said.

He also said he'd repeal the Affordable Care Act, build a "great wall" on the Mexico border and crack down on ISIS. He said he would protect the second amendment, end Common Core and rebuild the country's infrastructure.

Trump is sitting down with ABC News' George Stephanopoulos to discuss his run in an interview that will air during World News Tonight Tuesday.

Trump: My net worth:


He is expected to participate in the first Republican debate on Aug. 6. A maximum of 10 spots are given, reserved for GOP candidates with the highest approval in the polls.