Trump not 'softening his stance' on demand for border wall: Conway 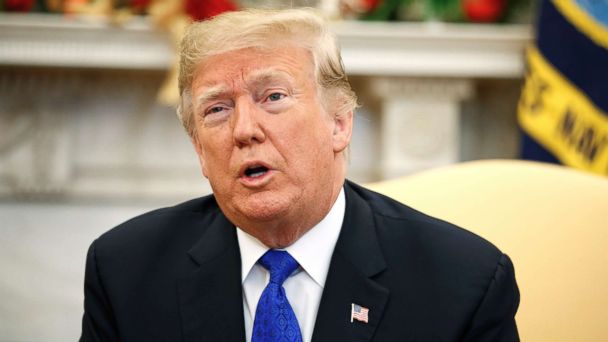 White House counselor Kellyanne Conway on Wednesday pushed back against claims that President Donald Trump is backing down on his demand for billions in funding for a border wall.

At the same time, Conway confirmed Trump would be open to a short-term deal that would avert a shutdown as a Friday midnight deadline looms, but not provide new funding towards a wall. On Tuesday, Trump responded 'We'll see what happens" when asked about a shutdown that last week he said he would be "proud" to make happen for the sake of border security.

In a question and answer session afterward with reporters, Conway said that the president would "take a look at" a proposed 'continuing resolution' from lawmakers that would keep the government open until Feb. 8.

She continued to insist that the president would be able to find ways to obtain money for a wall in existing funds across other government agencies, though the White House has not been able to provide further details on how it would redirect that money legally.

"People who voted for him and want the wall and went to the polls to vote for that wall they want to know how he's going to do this and they want to know why he's softening his stance this morning," Earhardt said.

After denying Trump was softening his stance, Conway said that Republicans were largely to blame for inaction on one of the president's key campaign promises.

"On this, they are walking away and I think that's why some of them lost to be honest with you," Conway said.

President Trump later took to Twitter to spread his claim that the USMCA - which still has yet to be approved by Congress - has resulted in Mexico already "(indirectly)" paying for the wall along the U.S.-Mexico border.

But the White House has not been able to provide any evidence to support this claim, and trade officials shortly after the USMCA's signing three weeks ago could not say that a border wall was ever part of the extensive discussions with Mexican officials.
Report a correction or typo
Related topics:
abc newsnational
Copyright © 2021 ABC News Internet Ventures.
TOP STORIES
San Bernardino fire erupts near 215 Fwy, prompting evacuations
Search resumes for Brian Laundrie in Gabby Petito case
Search continues for homeless man who slammed into LA pedestrian
Hollywood Burbank Airport shut down after person runs onto runway
Heat advisories issued for most of SoCal on first day of fall
Movie and film workers might be headed toward a strike
'No one would be spared': Debt default would set off dire consequences
Show More
California struggles to conserve water amid historic drought
Conor McGregor prompts comparisons to worst first pitches in history
Growing scam targets Bank of America and Zelle customers
Woman safe after video of possible abduction in Bell Gardens
When to expect decision on COVID-19 vaccine boosters
More TOP STORIES News