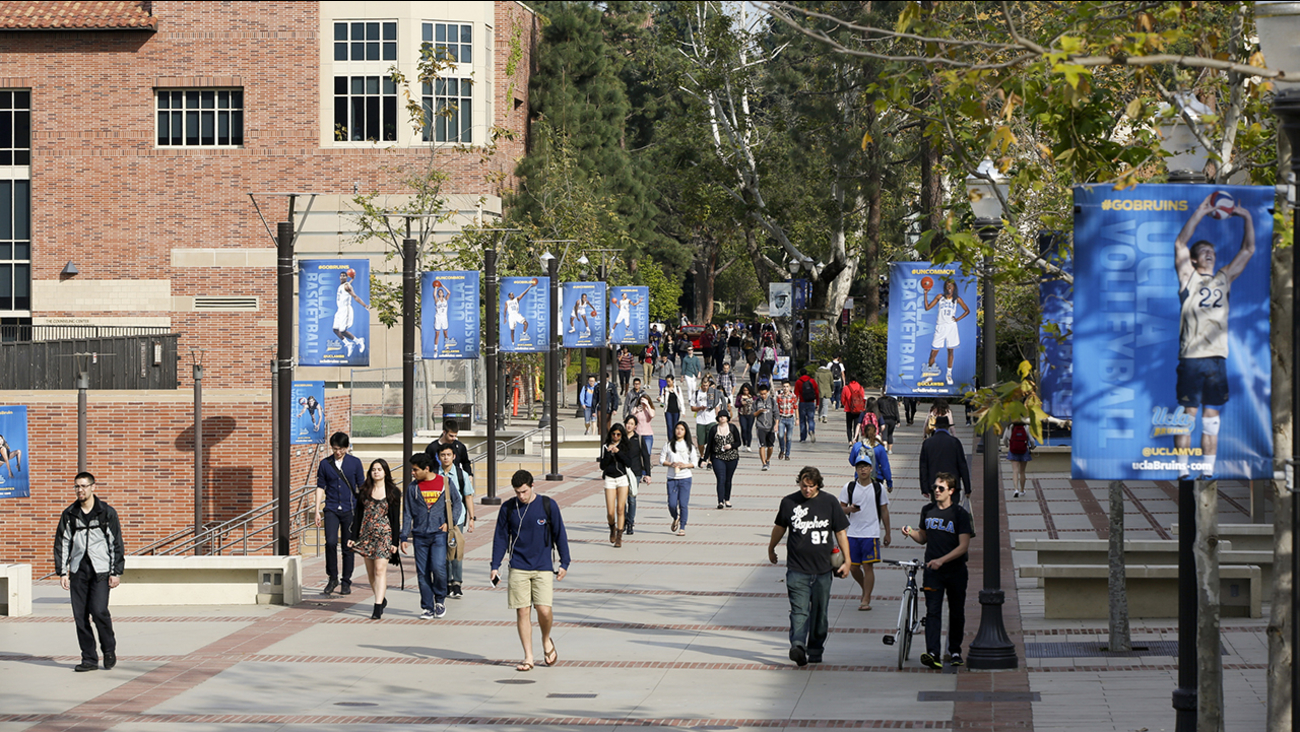 The first group of victims were approached by two suspects, who were armed with a pocket knife and handgun. They demanded property from the group.

The second robbery occurred moments later with another group of victims, according to the school's crime alert.

The suspects were seen fleeing southbound on Glenrock Avenue.

Both men had gold grills on their teeth and were in their 20s with a skinny build in black sweatshirts. One of the men's sweatshirts had a red hood and he held a gun, while the other had the knife. One suspect was 5 feet 6 inches tall and the other was 6 feet 2 inches tall.

The groups, which consisted of UCLA students and people not affiliated with the university, were unharmed.