A report identifies which L.A. County neighborhoods are most vulnerable to COVID-19 and should get priority in getting a vaccine.
KABC 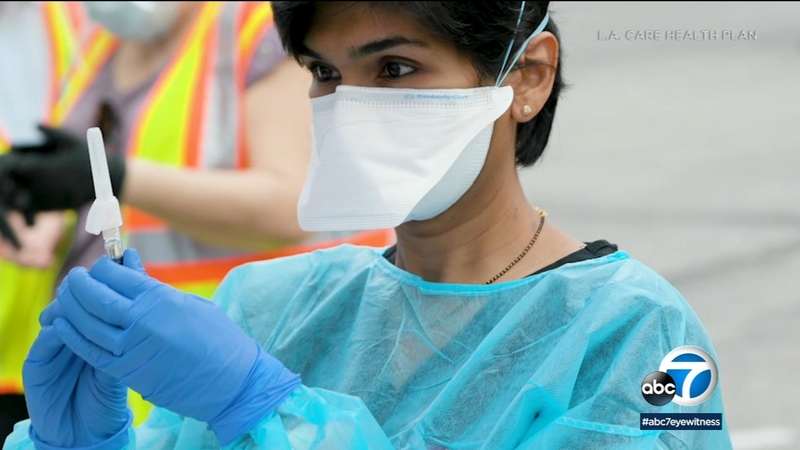 LOS ANGELES (KABC) -- A new advancement in the development of a COVID-19 vaccine was announced Wednesday by Pfizer as Los Angeles County public health leaders appeal to the public to get the shots once they have been approved by the Food and Drug Administration.

The CEO of BioNTECH, who developed the vaccine along with Pfizer, says that new interim results show that it is 95% effective - more than the 90% originally announced.

"The risk for getting COVID19 is twentyfold less as compared to no vaccine," says Ugar Sahin, head of BioNTECH.

Also on Wednesday, UCLA's Fielding School of Public Health released a report on which L.A. County neighborhoods should have priority in getting the vaccine.

It was developed as a roadmap to assist decision makers, public health officials, scientists and the public to design an equitable distribution plan.

Researchers considered multiple factors to determine vulnerability, from access to health care, to joblessness, to physical characteristics such as high-density apartment buildings.

"There are some streets you can walk down and the sidewalk is very narrow. And there are other streets in which there is a lot of open space," says Dr. Vickie Mays, a distinguished professor of Health Policy and Management at the Fielding School of Public Health.

Mays says it is vital to ignite a campaign so that health care providers and pharmacies can start promoting vaccinations and overcome doubts.

"We know even for things like the seasonal flu, we know that roughly half the population complies with the annual recommendation for the seasonal flu vaccine," says Dr. Richard Seidman, the chief medical officer of LA CARE, an insurance program that serves over 2 million in L.A. County, mostly low-income.

Health care providers say that any vaccine must first be approved by FDA before plans for distribution are made.

Pfizer says if further testing goes well, there will be a well-organized vaccine supply.

UCLA researchers say it is time to prepare the public.