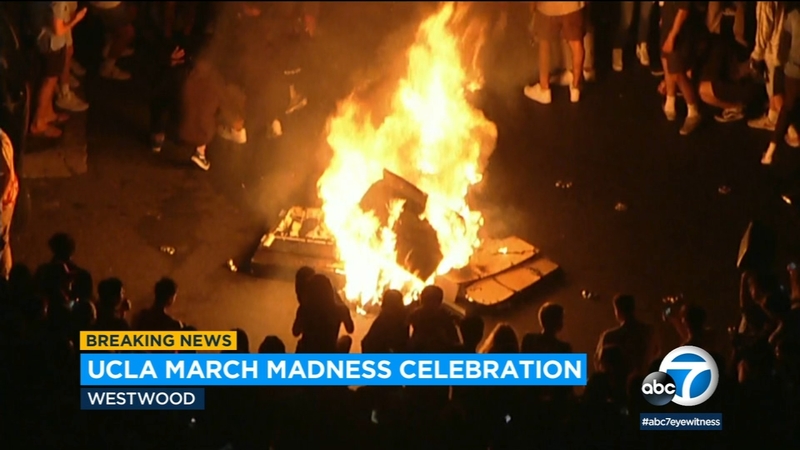 WESTWOOD, LOS ANGELES (KABC) -- Hundreds of UCLA students gathered in the streets of Westwood Tuesday night to celebrate after the Bruins clinched a spot in the Final Four of the men's NCAA basketball tournament.

AIR7 HD was over the scene around 9:30 p.m. as students lit a fire in the street and began celebrating around it. Firefighters were quick to extinguish the blaze.

Some couches were set on fire at the school's fraternity row, along with wood and other items, and fireworks were also set off. No arrests were reported.

A massive crowd of people gathered for the celebration, but the exact number was unclear. Many celebrated without masks and were in very close proximity to each other.

UCLA defeated top-seeded Michigan 51-49 to secure a spot in the Final Four for the first time since 2008.

The Bruins will now play undefeated Gonzaga and the winner will advance to the national championship game.

A crowd of UCLA students gathered in the streets of Westwood after the Bruins clinched a spot in the NCAA men's Final Four.