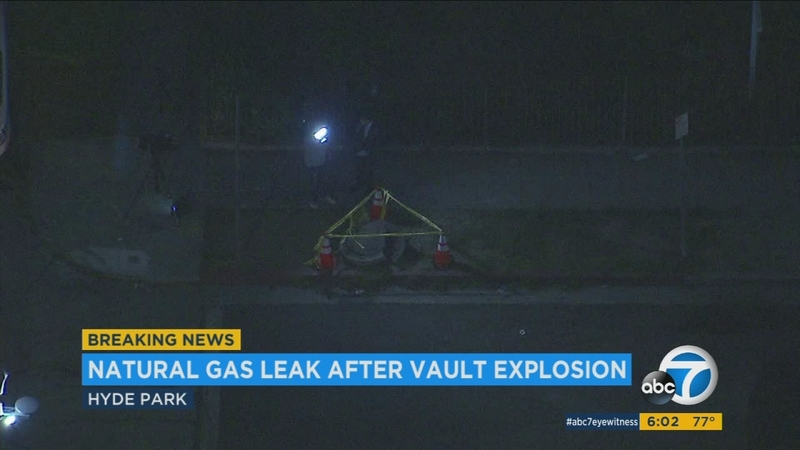 HYDE PARK, LOS ANGELES (KABC) -- Following an underground explosion that blasted out a chunk of street in Hyde Park, officials said an unusually high level of natural gas was detected in the neighborhood on Thursday.

The gas was detected in the area of Brynhurst Avenue between 64th Street and Hyde Park Boulevard, officials said.

Residents were advised to remain inside until the situation could be addressed.

Brynhurst remained closed to traffic from 63rd to Hyde Park.

Wednesday's underground explosion blasted four inches of concrete, three inches of asphalt and hundreds of pounds of metal covers into the air.