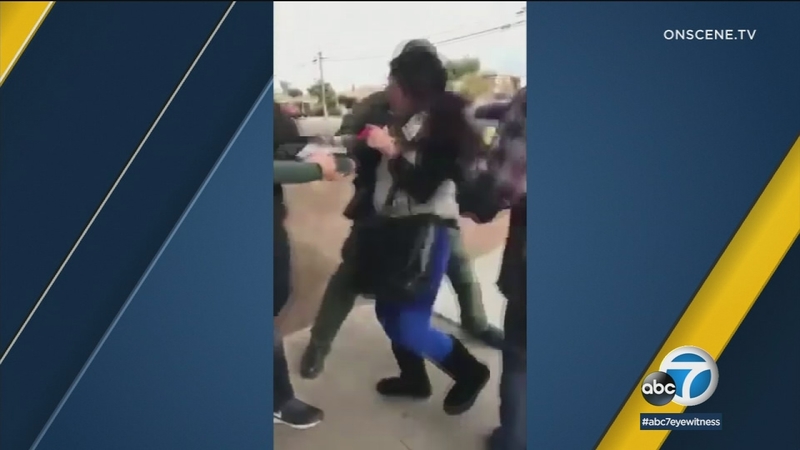 SAN DIEGO (KABC) -- A video of ICE agents arresting a mother in front of her children prompted rallies in San Diego amid a class-action lawsuit filed by the ACLU.

The ACLU filed a class-action lawsuit accusing the federal government of separating immigrant families who seek asylum. The calls for change in San Diego came Friday after the tense, emotional arrest of the mother.

In the video, the children scream for their mother as ICE agents grabbed her off the street and tried to force her into their van. ICE said the woman organized a criminal smuggling ring, but she has only been arrested for being in the country illegally.

Supporters for her rallied Friday and protested the aggressive method in which she was detained and the separation of the family.

"It's not right that she's been separated from the family as a result of just simply being here illegally," family attorney Andres Moreno II said.

The family spokesperson, Judith Castro, said at no time during the arrest did the mother try fighting back or become uncooperative with commands.

"She was not fighting against them. She was not threatening their lives. In no moment, did she make them feel threatened for them to drag her the way that they did and then leave her daughters there," Castro said.