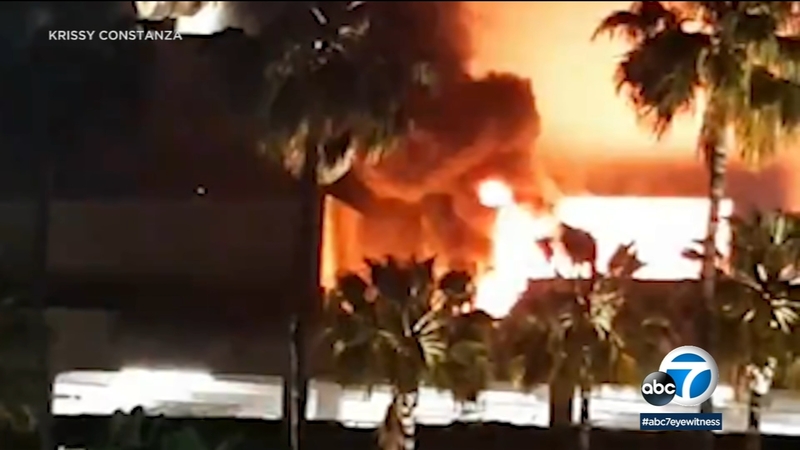 Firefighters responded to the park in Universal City about midnight and were able to quickly get the flames under control, according to the Los Angeles County Fire Department.

A witness recorded cellphone video that showed a column of thick black smoke and massive flames raging before they were extinguished.

The cause of the fire was under investigation and no injuries were reported.