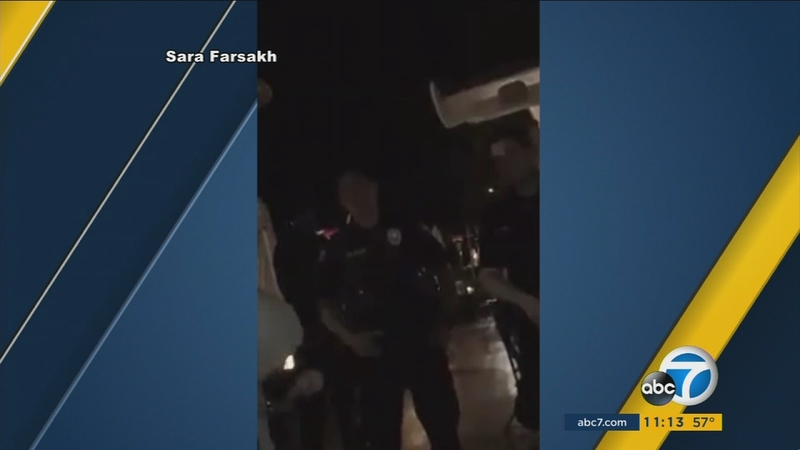 LAGUNA BEACH, Calif. (KABC) -- A popular eatery in Orange County came under fire over a video that went viral.

In the video, a woman claims she and her friends were asked to leave the Urth Caffe in Laguna Beach for being Muslim.

But the owner of the restaurant said the woman's claims are not true.

Sara Farsahk, the woman who posted the video on Facebook, claimed she and her Muslim friends were the victims of discrimination at Urth Caffe.

She explained that they were asked to leave after 45 minutes, to free up a table for customers ordering at the counter.

In the video, the women can be heard stating there are empty tables in the restaurant. When they wouldn't leave, the manager called police.

ABC7 reached out to Urth Caffe, which said it does have a policy that patrons must give up or share their table after 45 minutes when it's busy.

The owner, Shallom Berkman, said there were people waiting in line that evening.

But to make things clear, Berkman stated the women were not asked to leave because they are Muslim.

"My wife is Muslim and I'm Jewish. We like to say we're a sign of world peace," Berkman said.

But the outrage generated by Farsakh's Facebook post prompted Yelp to block anyone from reviewing Urth Caffe so that people wouldn't post their views on the news story.

Berkman said he'd like to offer Farsakh a meal on the house.