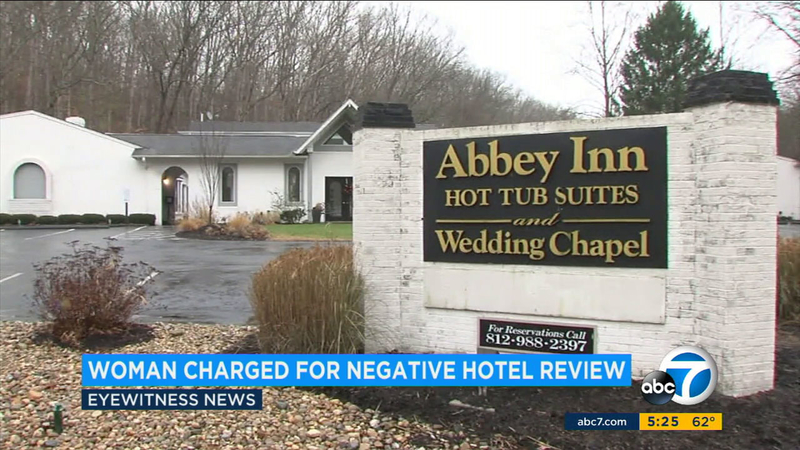 GREEN CO., IND. -- A hotel customer was hit with a higher bill because she left a bad review about her stay.

Katrina Arthur and her husband went for a weekend getaway at the Abbey Inn and Suites in Indiana last year.

They say they found the room smelly and dirty as soon as they checked in.

"So we start checking the sheets and the bed and we found hairs, dirt, so wasn't crazy about that either, of course I was disgusted," she said.

Arthur says she cleaned the room herself, and when it was time to leave she couldn't find a staff member to complain to.

So when she got an email from the hotel asking for an online review, she didn't hold back.

"I was honest and I wanted people to know not to waste their money, not to go there because I know people save their money for special occasions."

Arthur says she soon received a $350 charge from the hotel on her debit card and a letter from an attorney threatening legal action.

That scared her, so she took the online review down.

But she also filed a complaint with the Indiana attorney general's office.

The AG's office filed a lawsuit against the company which owned and operated the hotel at the time of Arthur's visit.

The lawsuit says between September 2015 and November 2016, Abbey Inn had a policy in place that allowed them to charge customers for negative reviews.

The AG's office alleges the hotel did not provide customers with a copy of the policy.