If confirmed, Mayorkas will inherit a Homeland Security department that separated immigrant children from their families at the border.
KABC
By Marc Brown 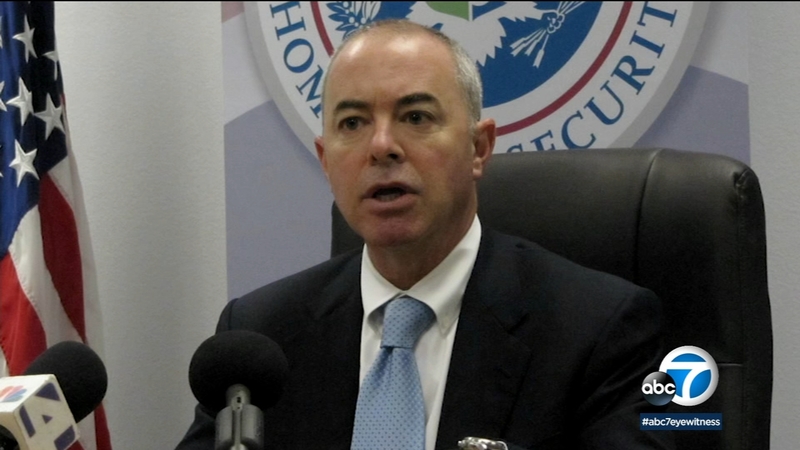 Mayorkas' family fled Cuba when he was a year old and then settled in Los Angeles. Prior to that, his mother's family fled Nazis in Europe.

Mayorkas has a lengthy resume in government, serving as U.S. attorney in Central California, then director of U.S. Citizenship and Immigration Services, before being promoted to deputy secretary of Homeland Security under President Barack Obama. He was charged with overseeing DACA, the Deferred Action for Childhood Arrivals program.

Michael Waterstone, the dean of Loyola Marymount law school, said Biden's choice is an excellent one.

"I know that he is someone whose personal experience as a refugee makes him appreciate the challenges that noncitizens face, and what I think everyone acknowledges is a broken immigration-justice system and he really brings the hope of a possibility of a multicultural democracy that celebrates the contribution of immigrants in our country," Waterstone said.

If confirmed, Mayorkas will inherit a Homeland Security department that separated immigrant children from their families at the border. He will also be the first immigrant to lead DHS.

Right now, the department is continuing to care for more than 500 juveniles whose parents' whereabouts are unknown.