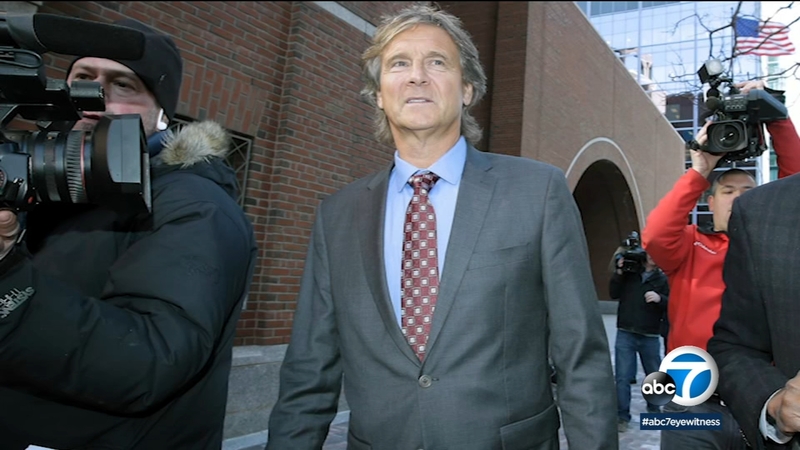 BOSTON (KABC) -- A former water polo coach at the University of Southern California has been convicted for his role in the college admissions bribery scandal.

A federal jury in Boston found Jovan Vavic guilty of conspiracy for taking more than $200,000 in bribes to falsify athletic credentials.

Lori Loughlin and husband Mossimo Giannulli abruptly changed course and pleaded guilty in the college admissions scandal last week recognizing that the experience had taken "a huge emotional and physical toll on both of them," according to a new report.

Vavic is one of a number of coaches implicated in the scandal, but is the only one to stand trial. The others pleaded guilty.

Vavic, who coached USC teams to more than a dozen national championships, claimed the payments were not bribes, but donations to the water polo program.

His lawyers maintained Vavic never lied, never took a bribe and argued he was a victim of USC's desire to cover up a "pervasive culture" of accepting wealthy students who could provide donation windfalls.

Lawyers for the pair argued they believed their payments were legitimate donations and pointed the finger at the admissions consultant at the center of the scheme.

"Every single person, from fake proctors to test-takers, to coaches, to the parents, to the mastermind and conman himself, Rick Singer, have been held accountable," U.S. attorney Rachael Rollins said.

Also, a former Florida prep school administrator was sentenced to federal prison and a decorated water polo coach at the University of Southern California was swiftly convicted by a jury in Boston federal court in another conviction in the long running college admissions bribery scandal.

WATCH: Olivia Jade Giannulli speaks out for the first time about her family's 'big mistake' on 'Red Table Talk'

"What happened was wrong and I think every single person in my family can look at it and be like that was messed up," said Olivia Jade Giannulli about the college admissions scandal on Tuesday.

He was convicted of taking college entrance exams for students in exchange for bribes.

The University of Southern California announced a revamped admissions process for prospective student-athletes in the wake of the national college admissions scam.