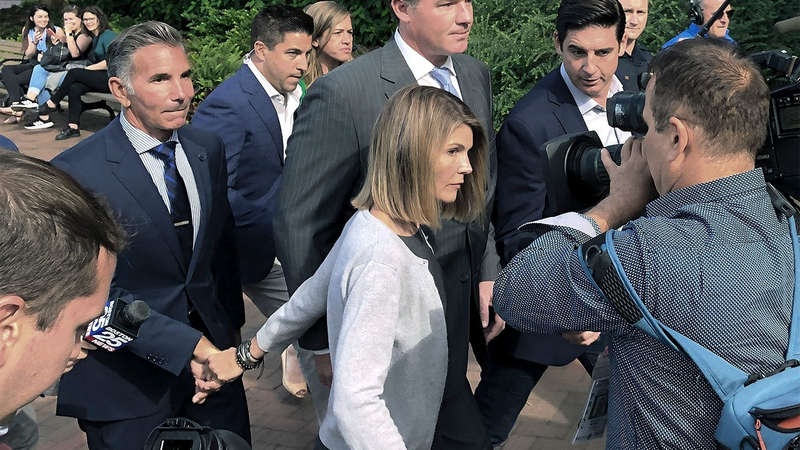 In August, a judge accepted Loughlin's plea deal and ruled she must serve two months for paying $500,000, along with her husband, to admit her daughters into the University of Southern California as rowing recruits.

Loughlin's husband, fashion designer Mossimo Giannulli, was ordered in August to serve five months in prison for his role in the scheme.

Loughlin was also ordered to pay $150,000 and to complete 100 hours of community service, in addition to the federal prison sentence.

The couple is among dozens of parents implicated in the college admissions scandal that came to light in March of last year.

Prior to the plea deal, the case had been scheduled to go to trial in October.

Because of the "huge emotional and physical toll" the case had on Loughlin and her husband, the two reversed course earlier this year and pleaded guilty to charges relating the admission scandal.

Loughlin and Giannulli previously claimed they were innocent and that their payments were donations, rather than admission bribes.