According to USC, security guards will be monitoring the social gatherings at stairs and hallways leading to bedrooms.
KABC
By John Gregory 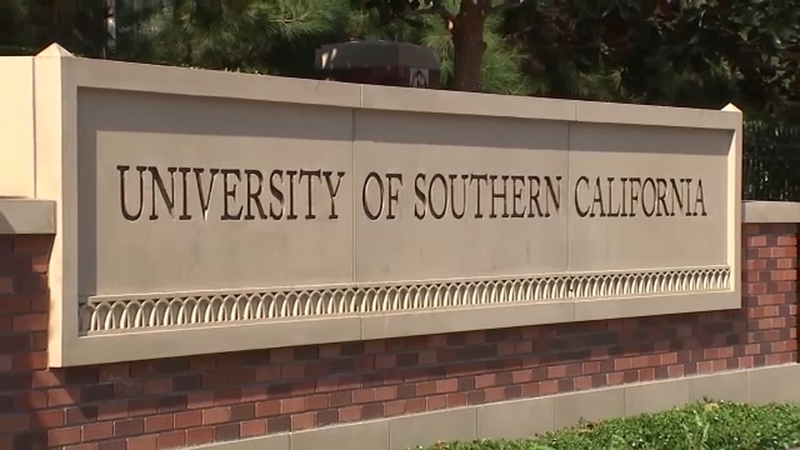 LOS ANGELES (KABC) -- Some USC fraternity parties are being allowed to return in March under new much stricter rules after disturbing allegations of sexual assault were reported on campus.

The requirements come after USC temporarily suspended the Sigma Nu fraternity in October over sexual assault and drugging incidents reported to the university. Social activities at all 16 Interfraternity Council chapters were paused indefinitely.

According to a USC Department of Public Safety log, from Sept. 27 to Oct. 20 last year, six different incidents of drugging were reported at the Sigma Nu house. One of those drugging incidents also involved a sexual assault. Another drugging incident was reported during the same timeframe, but the location was undisclosed.

Since then, USC says three additional fraternities have been suspended, and one was placed on modified suspension, pending the outcome of investigations by USC and Title IX (EEO-TIX).

The most notable requirement made by the university includes the presence of security guards, who will be monitoring the social gatherings at stairs and hallways leading to bedrooms. Plus, all fraternity members will be required to complete sexual violence prevention workshops.

"About 4,000 of our students participate in fraternity and sorority life at USC, and many say that this is a central part of their USC experience," read a statement issued by Provost Charles Zukoski. "Developing and strengthening this partnership will be critical to our long-term success in meeting our goals."

Fraternities will be allowed to host social gatherings once all conditions are met as early as Feb. 3.

Spring "rush week" is underway and students are returning to in-person instruction on Monday.