What is use of force, when is it legal and when does it cross the line?

Law enforcement has devised rules officers use to defuse a situation when there are aggressive or dangerous people. They can be non-lethal or lethal.
KABC
By Carlos Granda
LOS ANGELES (KABC) -- We've seen the images of officers in a tense situation as they push back people and strike them. So the question: Is this appropriate use of force? There are rules that detail how and when use of force can be used.

"You use the force necessary to overcome the resistance," says law enforcement expert Bruce Thomas.

Law enforcement has devised rules officers use to defuse a situation when there are aggressive or dangerous people. They can be non-lethal or lethal.

Thomas says, "You have a suspect who's in handcuffs. It's done, it's over with. You put them in the back of a patrol car."

With George Floyd, it is known as the carotid restraint technique.

Many are asking was nearly nine minutes necessary?

Sheriff Alex Villanueva says this has never been taught in the sheriff's department.

"In fact, our force options chart precludes the use of anything that touches the neck unless you're in a life and death struggle, which was not the case here, clearly" says Villanueva. 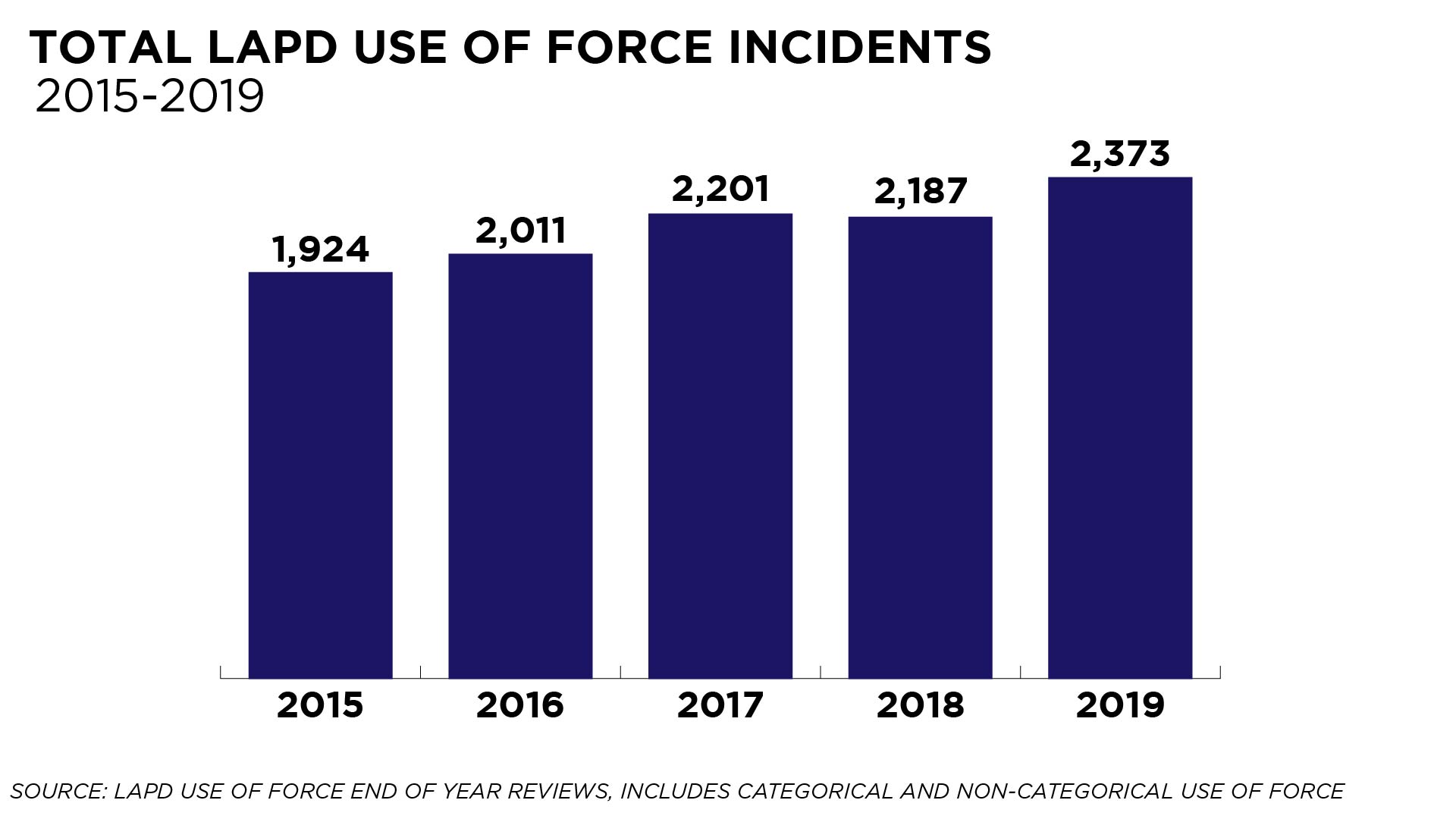 The total number of use of force incidents increased 23% 2015-2019, according to LAPD data. This includes both categorical and non-categorical use of force.

The carotid restraint technique is banned in some departments, including San Diego.

Officials are now reviewing techniques and no doubt there will be big changes across the country.