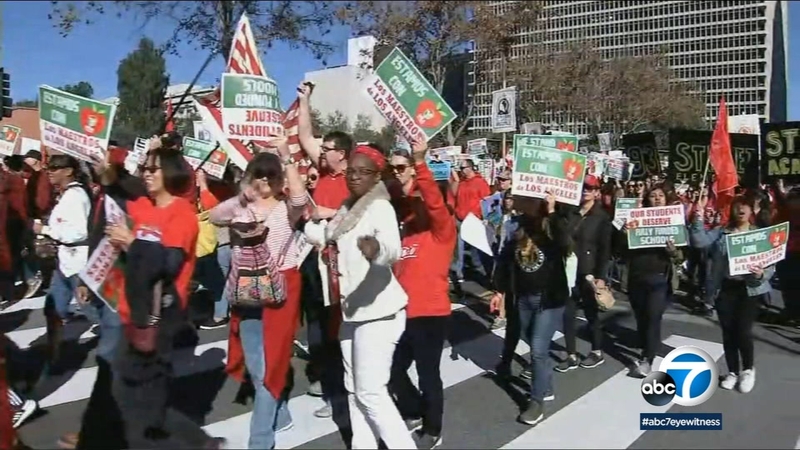 LOS ANGELES (KABC) -- Los Angeles Mayor Eric Garcetti said he expects local teachers will go on strike next week, as the union has been threatening amid stalled contract talks.

United Teachers Los Angeles, which represents about 33,000 teachers, has threatened to go on strike as of Jan. 10 if it cannot reach a new contract deal with the Los Angeles Unified School District administration.

Garcetti said Thursday based on how talks have been progressing, he expects that strike will happen.

"I think that the strike is all but inevitable," Garcetti said. "But I hope it will be short-lived, and that we can have an agreement that will come shortly thereafter."

He said he continues to talk with all sides about ways to prevent a strike.

Garcetti also said the city has been preparing for months to make resources available for parents and children affected by a strike.

The two sides have been negotiating for months and have gone through steps that precede a strike including mediation and a fact-finding session.

The union has been looking for salary increases as well as pushing the district to tap into its budget reserve to hire more staff and reduce class sizes. The district has agreed to a 6 percent pay raise, but said it cannot afford the union's other demands.

UTLA said Thursday it is prepared to return to the bargaining table Monday if the district has a "legitimate and clear" contract offer to discuss.