'Is it worth my kid?' Parents of 4th-grade victim in Uvalde school shooting beg lawmakers for change 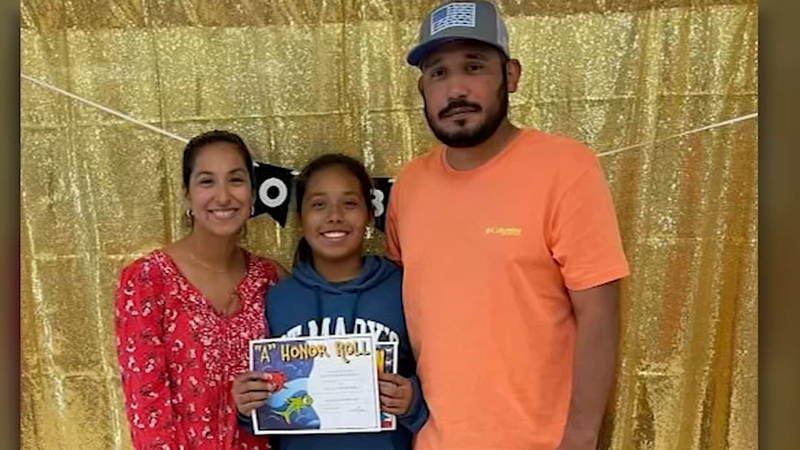 'Is it worth my kid?' Parents of TX school shooting victim speak out

HOUSTON, Texas -- As the debate over the solution to school shootings continues, the parents of Lexi Rubio, one of the 4th-grade victims of the Uvalde school shooting, are speaking out.

"My mother-in-law told her, her grandma that she would get her after school, told her we loved her and we would see her and pick her up later," said Kimberly Rubio, Lexi's mother.

Rubio would usually take her children home after an end-of-the-year award ceremony at Robb Elementary school, but this time Lexi stayed at school.

Within an hour the school would become a crime scene and Kimberly Rubio will never again see her daughter's smile.

"If I could go back, we would be telling a different story. She would be sitting here saying, 'Thank God she came home," said Kimberly Rubio.

Felix Rubio, Lexi's father, is a Uvalde County Sheriff's Deputy, he was off duty at the time of the shooting.

He immediately went to the school and made his way to the hallway outside his daughter's classroom where the gunman had already opened fire.

"Once I (saw) them open the door and open fire, my heart dropped," said Felix Rubio.

By the time law enforcement took out the shooter, Lexi and 18 of her classmates were killed along with two teachers.

The Rubios are not blaming law enforcement for what happened, but they are asking Texas lawmakers to ban the military-style rifle used in the shooting.

"There is no reason for just the average citizen to have these types of weapons. What for? What do you need them for? Like, is it worth my kid? These kids?" said Kimberly Rubio.

"It just keeps happening. I would like to say, 'This is it,' but nobody else seems to feel the same way," said Kimberly Rubio.