By Joshua Fechter and Neelam Bohra, The Texas Tribune 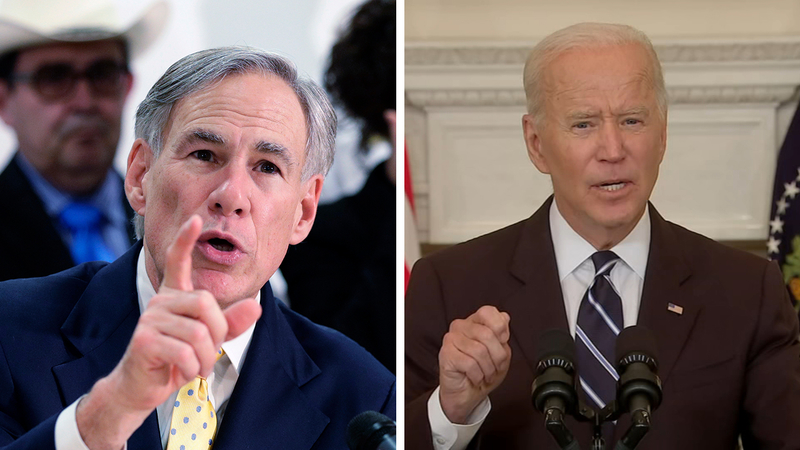 Texas Gov. Greg Abbott blasted President Joe Biden on Thursday after Biden ordered large employers to require their workers to get vaccinated against COVID-19 - or get tested frequently to prove they don't have the virus.

Abbott - who has resisted making vaccinations mandatory in any form in Texas, going as far as to bar local governments and school districts from enacting their own vaccine mandates - dubbed Biden's move to compel businesses with more than 100 employees to make their workforce either get the shot or submit a negative COVID-19 test result each week a "power grab," The Texas Tribune reports. The sweeping order would cover an estimated 80 million American workers.

"The federal government needs to stop trying to run private businesses," Abbott spokesperson Renae Eze said in a statement. "Texans and Americans alike have learned and mastered the safe practices to protect themselves and their loved ones from COVID, and do not need the government to tell them how to do so."

Biden sharply criticized the tens of millions of Americans who are not yet vaccinated, despite months of availability and incentives.

Abbott has encouraged Texans to get vaccinated but insists that they shouldn't be forced to do so. At the governor's request, state lawmakers will consider legislation to bar local governments from mandating COVID-19 vaccinations for their residents when they convene later this month for a third special session.

"Biden's vaccine mandate is an assault on private businesses," Abbott tweeted on Thursday evening. "Texas is already working to halt this power grab." 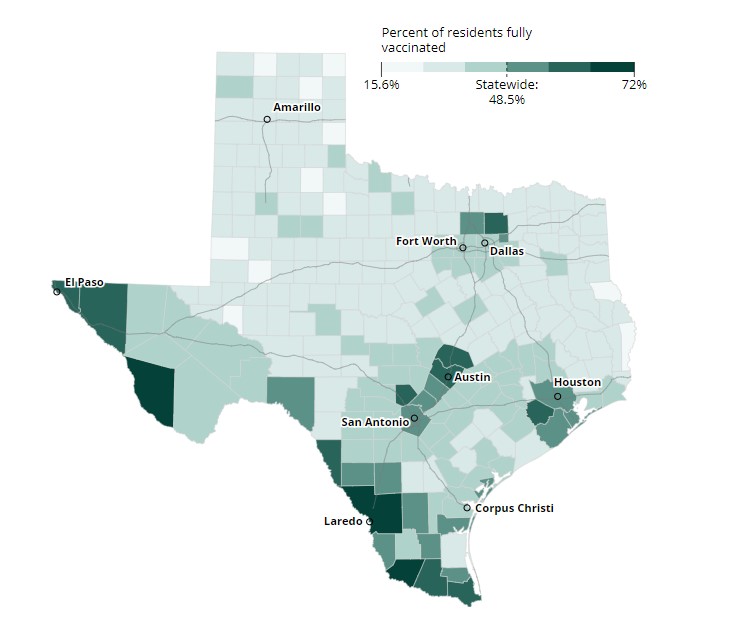 In the meantime, the governor's office and Attorney General Ken Paxton already are hammering out a course of legal action against the Biden administration, Eze said.

There's legal precedent in Biden's favor that establishes the federal government's authority to mandate vaccinations, said Larry Stuart, a Houston employment lawyer - pointing to a 1905 Supreme Court case in which the justices ruled that states could enforce mandatory vaccinations against smallpox.

"I think that the reality is that this is going to become much more normalized and widespread," Stuart said. "People who have been opposing it for political reasons or based on information that may or may not be scientifically based are going to find themselves with some hard choices about either getting vaccinated or being unemployed."

Despite this, Glenn Hamer, the CEO of the Texas Association of Business, said he felt the policy set a "frightening precedent" that could justify any kinds of regulation on businesses.

Bob Harvey, CEO of the Greater Houston Partnership, applauded Biden's decision to mandate vaccines, but also said the "details matter" so the government doesn't place "an undue burden on businesses." Harvey emphasized the importance of allowing employees to be frequently tested instead of being inoculated.

Less than half of Texans have been fully vaccinated against COVID-19. Nationwide, that percentage stands at about 53% - a figure that has frustrated the Biden administration in light of the widespread availability of free vaccine doses.

"We've been patient, but our patience is wearing thin," Biden said during remarks at the White House. "And your refusal has cost all of us."

Disclosure: Greater Houston Partnership and Texas Association of Business have been financial supporters of The Texas Tribune, a nonprofit, nonpartisan news organization that is funded in part by donations from members, foundations and corporate sponsors. Financial supporters play no role in the Tribune's journalism. Find a complete list of them here.

Bay Area doctors say that many coronavirus patients in the ICU are pleading for the vaccine upon arrival, but "it's too late."