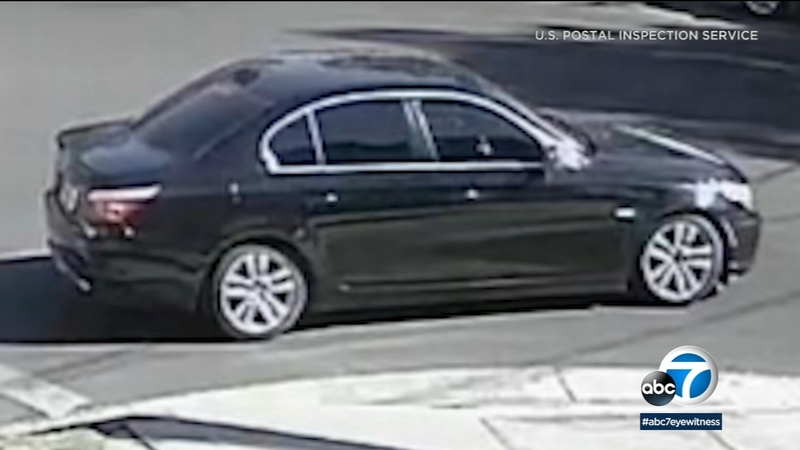 VAN NUYS, SAN FERNANDO VALLEY (KABC) -- A reward of up to $50,000 is being offered in the search for a pair of suspects who targeted a postal worker in an attempted armed robbery in Van Nuys.

The U.S. Postal Inspection Service says a man brandished a firearm and tried to rob the letter carrier near Vose Street and Lennox Avenue on Halloween.

The suspect is described as a white man in his early 20s, nearly six feet tall and weighing approximately 150 pounds. He was last seen wearing a black bandana with white print.

The other suspect stayed in a car which is described as a black BMW sedan, 5 series 2010 model. The license plate possibly contains the letter "Y" and number "7," authorities added. The vehicle can also be identified by a decal of a white star on the back left window.

The driver stayed in the car and was not seen.