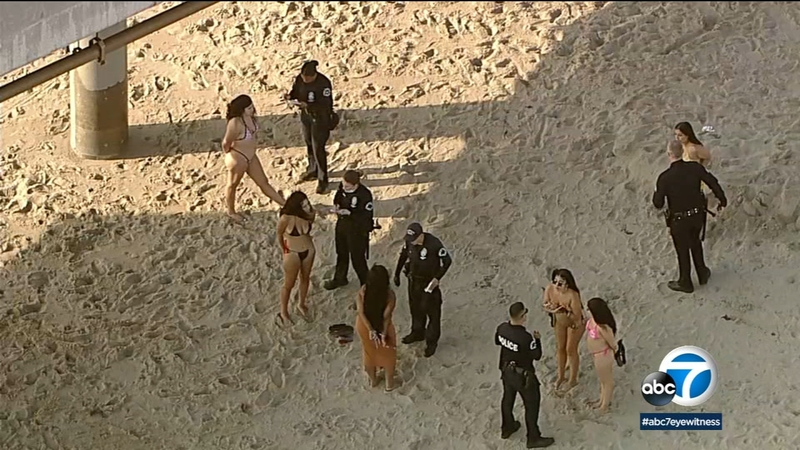 VENICE, Calif. (KABC) -- AIR7 HD cameras captured the aftermath of a brawl on Venice Beach involving a number of women in bikinis.

Police responded after a 911 call reported a group of people fighting just north of the pier.

A video going viral on social media shows one of the women telling a man to stop harassing her and to stop taking pictures of her and the other women with his cell phone.

The man refuses, but starts to walk away. He is heard casting insults at the women asking him to stop filming.

The video shows the women continue to follow the man as he walks away and a woman is heard saying that she wants the man to stop recording because there are minors in the group.

After a lengthy argument, a brawl ensues after one woman hit a man and then pushed him to the ground.

The man starts fighting back, soon joined by other men that can be seen punching and dropkicking the women.

Many spectators witnessed the event from a pier looking down on the brawl.

Bystanders can be seen attempting to break up the fight.

Several people were detained by police for a time but later released.

Police told Eyewitness News at least one woman is facing a battery charge.