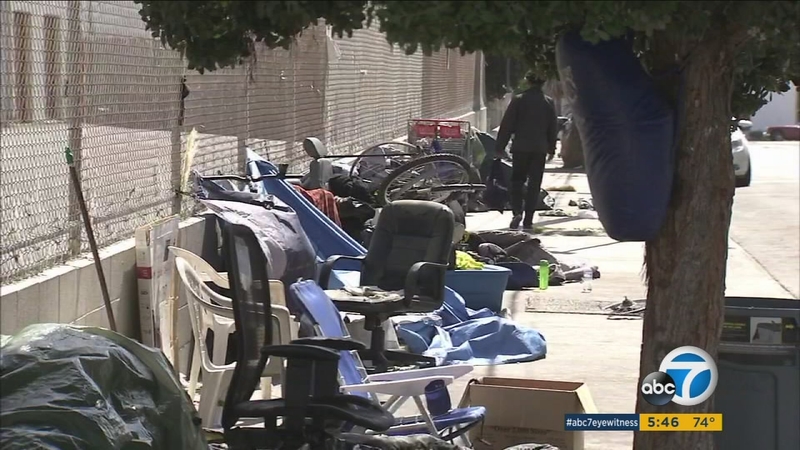 Residents reached out to ABC7 using #abc7eyewitness to report the sanitation situation at 4th Street and Rose Avenue.

When ABC7 crews responded to the scene, they found trash lining the sidewalk and what appeared to be a homeless camp outside a public storage facility.

"What you see here is trash that eventually during a rain will come and mix together and go right down our storm drains and it hits a pond, what looks like a pond," he continued.

Swinger said the runoff ends up at the beach and that it affects more than just his neighbors.

The city spends $500,000 a year to post flyers to notify the public that sanitation crews clean Venice streets every Friday.

A city spokeswoman for the public works department said the flyers began being posted in 2015 as part of Operation Healthy Streets.

The program aims to address the public health risks associated with homelessness.

A spokesperson for Councilmember Mike Bonin's office said Venice has the largest homeless encampments in the city and that officials were looking for long-term solutions.

Neighbors said they hope a solution comes quickly as the current plan of action doesn't appear to be working.