Oak Park man recalls taking down burglars who broke into his home: 'I went BAM with the right cross'

One of the burglars is a suspected member of a South American theft group, authorities said.
KABC
By Leo Stallworth 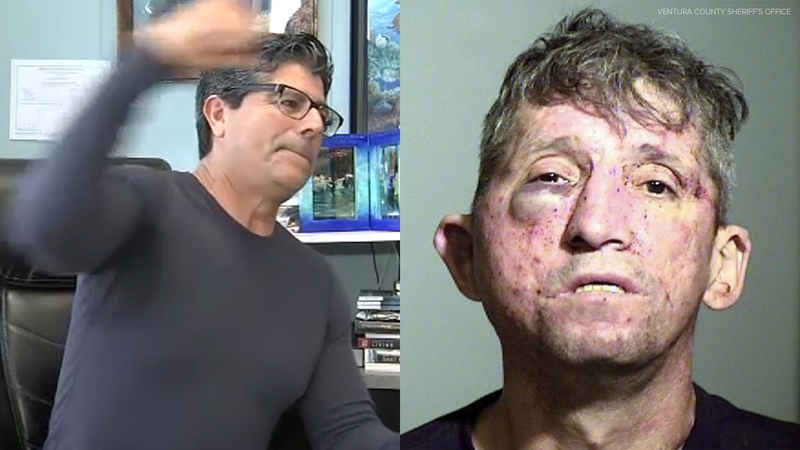 OAK PARK, Calif. (KABC) -- A Ventura County man refused to become a victim when two burglars broke into his Oak Park home last week, and he said he'd do it again.

"The thought was, 'I got this guy. I'm going to catch him. I want to make sure he gets prosecuted. I want to make sure I hold him down until the cops get here, because our government is not doing enough to fight crime,'" said Sal Mercado, who spoke with Eyewitness News on Wednesday about the frightening encounter. "My mentality was, 'Don't let this guy escape.'"

On April 1, Mercado returned home and found a car parked out front with a driver inside. After entering his home, Mercado encountered one burglar who he struck before they ran outside to the waiting vehicle.

"He starts to go through the side of me to get out of the house, but I went BAM with the right cross, and he went down onto the grass of the front yard, picked himself up and ran to the car," recalled Mercado.

A second burglar, identified as Alexis Provoste Aranguiz, was detained by Mercado until sheriff's deputies arrived and arrested him.

"He came at me ... I didn't know if he had weapons before anything could happen," said the homeowner. "I just went BAM with the right, BAM with the left ... I went Mike Tyson on him. He stumbled then he fell on the grass coming out of the house."

Mercado said he was in flight-or-fight mode as he tackled Aranguiz, preventing him from reaching the getaway car. He said as the driver of the getaway car sped off with the first suspect who entered his home in the passenger seat, Mercado screamed for neighbors to call 911.

Suddenly, he said Aranguiz managed to get up, so he went after him again.

"I tackled him and shoved him into the bushes on the side of my house again," said Mercado. "The way I tackled him ... grabbing his arms pulling them back, pin them on the back, and then put my full weight on his head, but he was all bloody and my whole arms were bloody."

The vehicle with the driver and other burglar remains outstanding.

Residents in one SoCal neighborhood say they're well aware of the South American burglary crews that have been targeting their community and the surrounding areas.

Aranguiz, of Chile, is a suspected member of a South American Theft Group. Investigators say they're part of a recent wave of "crime tourism" in which thieves come from South America to burglarize homes in California. Four men were arrested just last month for a similar crime in Camarillo.

"I was very fortunate and blessed that there were no weapons," Mercado.

Aranguiz pleaded not guilty in court Tuesday and remains held on $150,000 bail.