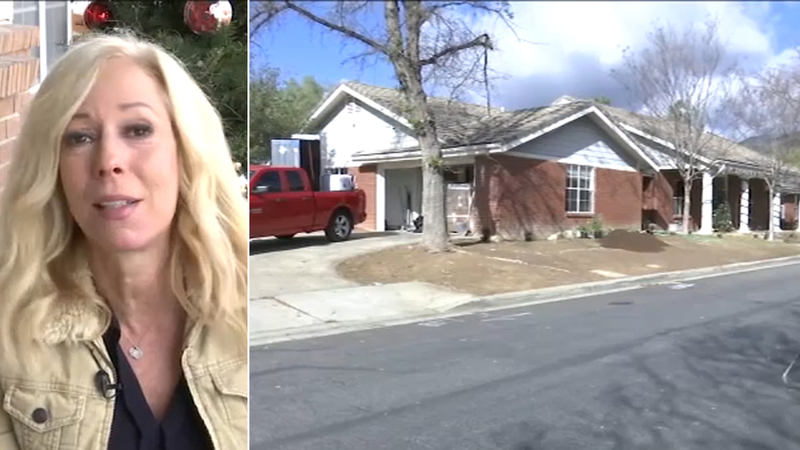 Lauri Burns says she is still trying to process her feelings. The five homes, which sit atop the hills in Trabuco Canyon, once housed the nonprofit organization, Boys Town. But now, the homes belong to Burns and her team, and Burns plans to carry on the legacy of helping at-risk kids.

"I can't fully take it in. It's just, it's more than I could ever hoped for or prayed for," Burns said.

Boys Town was founded in 1917 by Father Edward J. Flanagan in Nebraska. It was originally founded as an orphanage for boys. It grew to 12 regional headquarters across the U.S., including the one in Trabuco Canyon. The organization grew to include girls and families.

Boys Town's Trabuco Canyon location closed in 2017, and Stone Building Corporation purchased the 80 acres. Then, the company put 12 acres, where the homes are, up for bid to Orange County charities.

Burns won the bid -- thanks to a $1 million donation from an anonymous donor.

"This man was an orphan. His mom died of cancer very young, and she was a single mom, so he ended up in an orphanage," Burns said about the anonymous donor.

Recently though, Burns ran into him and he told her he was going to put her in his will. Instead, he decided to wire her $1 million to see what she would do with it. That is how she was able to put her bid in for the Boys Town location.

The donor's mother's name is Vera. In her honor, the new space will be called "Vera's Sanctuary for Women."

Burns plans to welcome 30 girls and women who are human trafficking survivors.

"To take kids that this horrific stuff has happened to and bring them here, it's like one step away from heaven here," Burns said.

Burns has received support from all over the community in the form of furniture donations, positive messages and volunteers who helped decorate and clean the homes. She calls all of it a miracle, including the hiring of one of her new house moms, Shaina Heyboer, who actually grew up at Boys Town.

Burns has dedicated much of her adult life to helping those in need. She grew up in Orange County's foster care system and is now a foster parent herself. She grew up in group homes, was addicted to drugs and was a victim of human trafficking after living on the streets.

She turned her life around after a stranger saved her life. She became determined to help other girls and women like herself. She founded her own nonprofit "The Teen Project" in 2007. Now, she can expand her good work to the place she was "obsessed with" growing up.

"If there's a kid out there on the streets thinking nobody cares and nobody's coming, we care, and we're coming," said Burns.