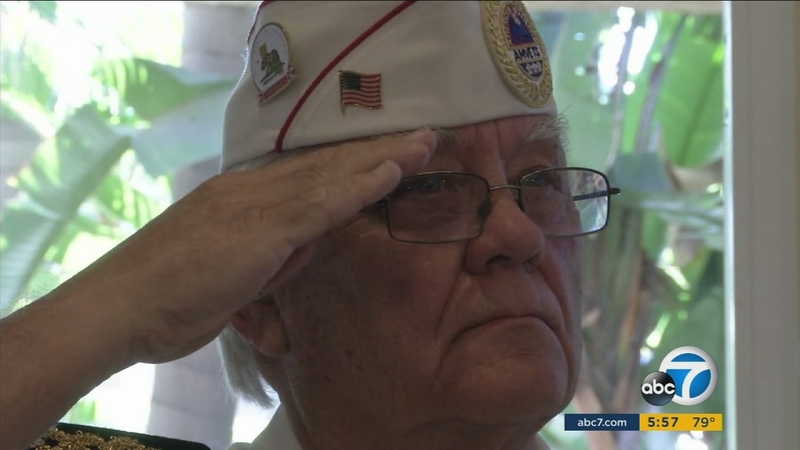 LAGUNA HILLS, Calif. (KABC) -- For the first time, 70 veterans from the Villa Valencia senior living facility in Laguna Hills were honored in their own home.

"There's a lot of our veterans that are maybe confined to assisted living facilities or nursing homes that just can't get out and be part of our public events so we brought the event to them," said Michael Alarcon, of Fairhaven Memorial Services.

Every year on Veteran's Day, Fairhaven Memorial Mission Viejo hosts a ceremony at their memorial park, but this year, along with VITAS Healthcare, they wished to make it easier for those honored to attend.

"If I go on a wheelchair, somebody pushes me. I can walk with a walker but not very far," Kennedy said.

Eighty-three-year-old David Allen also served in the Navy and said he is grateful for the honor and convenience of having the ceremony at home.

"I would say about five years ago, I went to the last one," Allen said.

U.S. Army Sgt. Leona Harvey, who attended the ceremony, said if it were not for the longtime veterans, the country would not be where it is now.

"I'm a woman and I am serving in the military, you know many years ago that wasn't allowed and even in other countries it's not allowed either. So I am very grateful for them for paving the way for our future and for us," Harvey said.