Yountville officials confirm that the three female hostages that died in the standoff are Executive Director Christine Loeber, a therapist Dr. Jen Golick, and Dr. Jennifer Gonzales, a psychologist with the San Francisco Department of Veterans Affairs Healthcare System.

The gunman has been identified as 36-year-old Albert Wong of Sacramento who was a former member of the Pathway Home Program at the veterans facility.

This is an undated image of Albert Wong, the suspected gunman accused of killing 3 hostages at a Yountville veterans home.

The Pathway Home released a statement saying: "These brave women were accomplished professionals who dedicated their careers to serving our nation's veterans and working closely with those in the greatest need of attention after deployments in Iraq and Afghanistan. All of us at The Pathway Home are devastated by today's events. We stand with the families, friends, and colleagues who share in this terrible loss."
Report a correction or typo
Related topics:
californianapa countymurderchphostagehomicide investigationhomicideshootingpolicestandoffmurder suicide
Copyright © 2020 KGO-TV. All Rights Reserved.
RELATED 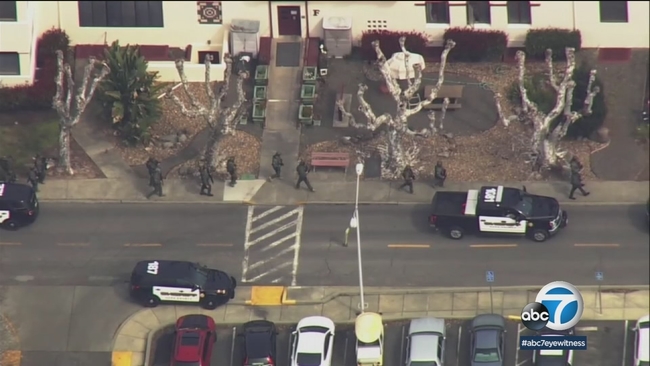