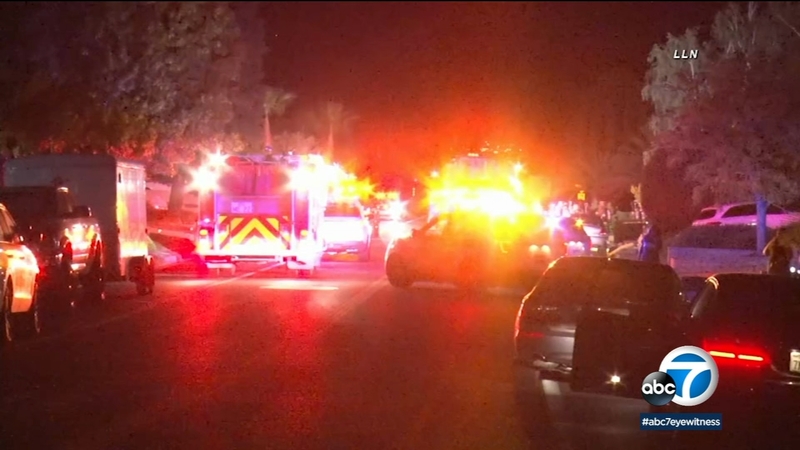 VICTORVILLE, Calif. (KABC) -- Six people, including four children, were hospitalized after a fire broke out late Friday night at a home in Victorville, officials said.

Firefighters from multiple agencies responded about 11:20 p.m. to a house in the 13000 block of Hidden Valley Road, a spokesman for the San Bernardino County Fire Department said.

Six people were transported to hospitals, including four who were rescued by firefighters after being trapped inside the residence. One of the patients was airlifted to a medical center.

The ages and genders of the victims was not immediately known.